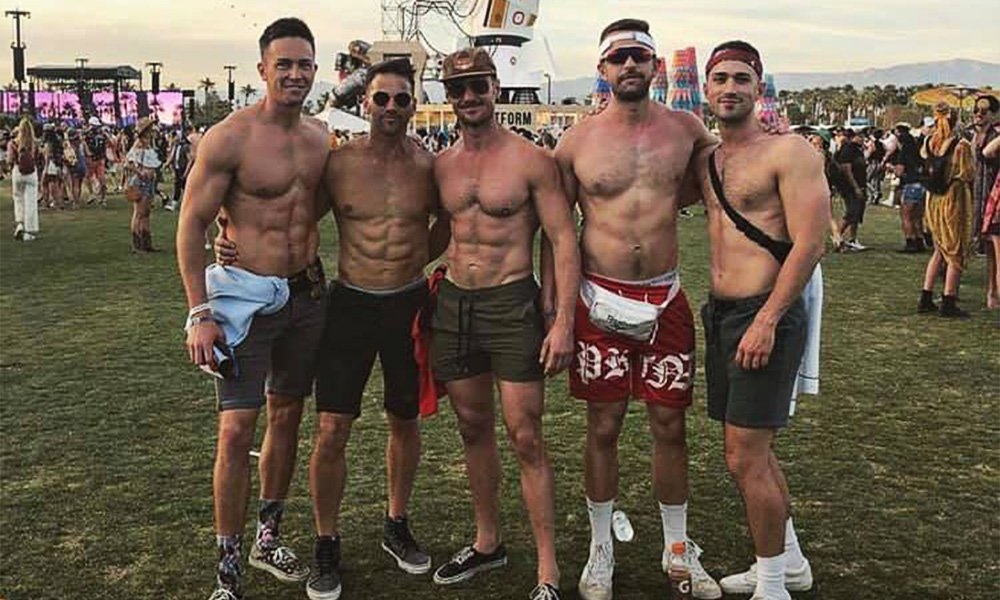 The Coachella gays who posed with Aaron Schock released a statement and want an apology.

The Internet erupted in anger after alleged photos of former anti-gay GOP Congressman Aaron Schock partying at Coachella with a group of gay men surfaced online. Following the shameful group, a second photo and a video allegedly depicting a shirtless Schock making out with a man also made the rounds.

In his turbulent tenure as Congressman, Schock was accused of misappropriating campaign funds and spent the majority of his political career fighting against LGBTQ rights.

For that reason, many queer people were shocked (see what we did there?) to see the controversial congressman posing for pics with shirtless, white gay men. Moreover, people were astounded that the gay men in the photos entertained Schock’s company given his past.

Since then, the couple who posted the original photo, William Rossi and his boyfriend Rob Masi, shared an explanation on Instagram and demanded an apology from Schock.

“In regards to the picture we took at Coachella:

Rob and I have been out since we were 14 and 15, respectively; living as proud gay men in a loving relationship, who hope to get married one day. We are entirely against Aaron Schock’s values, views, and actions.

We had just met Aaron the day of the photo at Coachella, and before posting it, were embarrassingly unaware of: who he was, his political views, and the extent of his negative impact on the LGBTQ community, which we are proudly part of.

Rob and I wanted to take a photo with our friends at Coachella, to celebrate our last day there. Being polite, we allowed Aaron — who was basically a stranger to us and someone we just met — to include himself in our photo.

We would not have allowed Aaron to join the photo, nor would we have associated with him if we had more knowledge of his beliefs and past actions. For our own political ignorance, we are deeply sorry.

We hope Aaron does decide to come out publicly and live the gay life he so freely enjoyed at Coachella, the kind of life so many out and proud LGBTQ individuals have fought for and have made possible for younger gays like Rob and me to live today.

And we hope if or when Aaron does decide to come out and own his actions, he apologizes and makes amends with the LGBTQ community because he certainly owes us one.

Since releasing their statement, the couple has received a mix of support and continued backlash. Schock has yet to apologize.