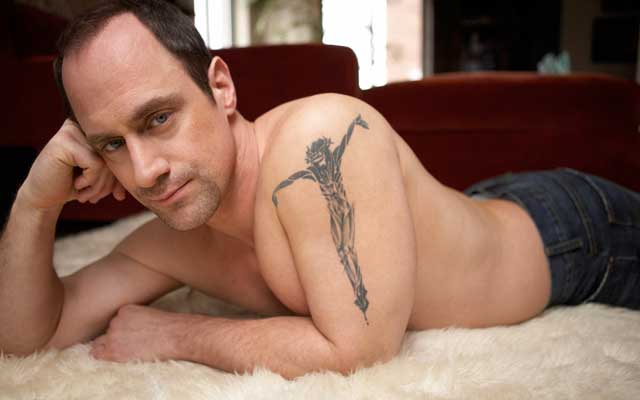 Christopher Meloni Tells Gay ‘Oz’ Fan to Fantasize About Him

Before Christopher strapped on a badge to play NYPD Detective Elliot Stabler on Law and Order: SVU, he was locked up on the HBO drama series Oz. Meloni played a convicted murderer named Christopher Keller (aka Prisoner #98K514) who was serving 88 years at Oswald State Correctional Facility.

If you haven’t seen Oz, it’s an intense and sensuous show with many same-sex scenes throughout its six seasons. Brazilian teen Ariano Médio binge-watched the entire show, and when he realized Meloni’s character dies, he took to Twitter to express his sadness.

@Chris_Meloni I finished the Oz series two days and I'm depressed about it (especially with the end of your character), how to handle?

And, of course, Meloni responded and made Oz fans in the twittersphere super jealous.

Take a shower and pretend I'll be joining u https://t.co/qAS8QZ3W6v

Oz fans know the shower scenes were incredibly steamy, and Meloni was a serious power top on more than one occasion. If you haven’t seen them, click here to watch a teaser.

Christopher Meloni Tells Gay ‘Oz’ Fan to Fantasize About Him