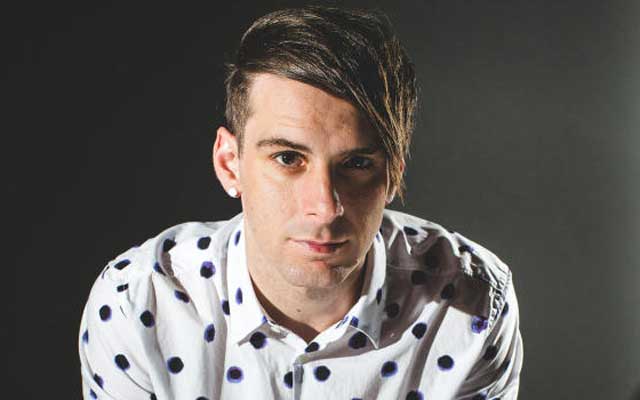 Trey Pearson is a Christian rock star who recently came out as gay. This week, he appeared on The View to talk about it, and it was quite compelling.

“I’ve known I’ve always had attractions for other guys since adolescence, but they were things I felt guilty about, so I tried to push it down,” Trey said. “And I’ve always wanted to know what it was like to fall in love. When you grow up not knowing what t would be like as a straight person to fall in love, you assume your experience is what it should feel like.”

Pearson was married to a woman for over seven years, having two kids. He adds that he entered his marriage because he thought that is how it was “supposed to be.” After all, most churches condemn homosexuality, and Pearson’s wasn’t any different.

“I grew up in a Christian home and church where I was taught that God hated homosexuality, and I could choose to be straight. And I tried for a long time. And I don’t think I was ever trying to lie to anyone. I was trying to convince myself that I could be something I wasn’t.”

He says that homosexuality is one of the biggest issues of our time and that the church is slowly progressing towards liberalizing each other in that way.

Related: Man Writes Letter to Anti-Gay Church That Kicked Him Out

As for his family, Pearson says they have fully supported him — even his ex-wife:

“They’ve been unbelievable loving and supporting” since coming out. Talking about his ex-wife, Pearson said, “By the time I was able to tell myself and tell her, she just hugged me and cried and told me how proud of me she was for being able to be honest with myself. She’s been my biggest supporter, my biggest advocate.”

Check out the video below!