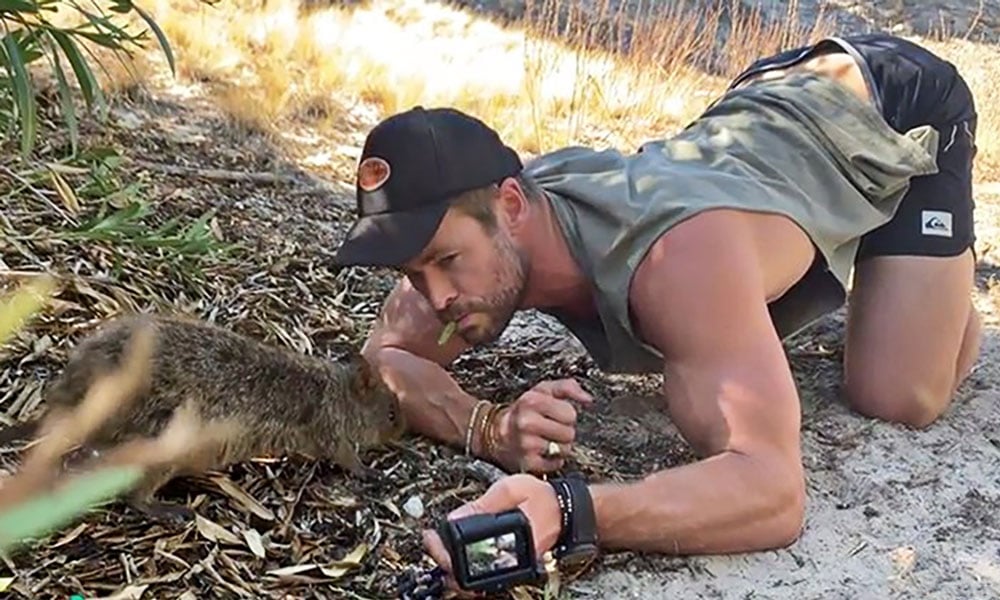 Chris Hemsworth Arches His Back Better Than You

Chris Hemsworth is known for his hammer-wielding skills and leading-man looks, but that’s now why he’s going viral. In a video posted to social media last week, the 35-year-old Australian heartthrob meets an adorable quokka in the wild. A quokka is a tiny, short-tailed wallaby with an irresistible face that lives in Western Australia.

Related | How to See Chris Pine’s Sword in Outlaw King

In the video, Thor gets down on all fours, assumes the position and shares a snack with the adorable marsupial. As he attempts to capture the moment via a GoPro, Hemsworth lowers his head while concurrently lifting his backside. The result was one of the most impressive arched backs in bottoming history.

The Avengers star shared the moment on social media and explained his motivation. “Spent three weeks crawling around the dirt,” the Avengers star wrote, “studying the Quokkas movements, mimicking their language and eventually gained their trust and was accepted as one of them, I now go by the name Quokkachris.”

Ultimately, Gay Twitter was quick to notice Hemsworth’s all-too-familiar position. Watch the video above and share this article if you have experience on all fours.

Chris Hemsworth Arches His Back Better Than You