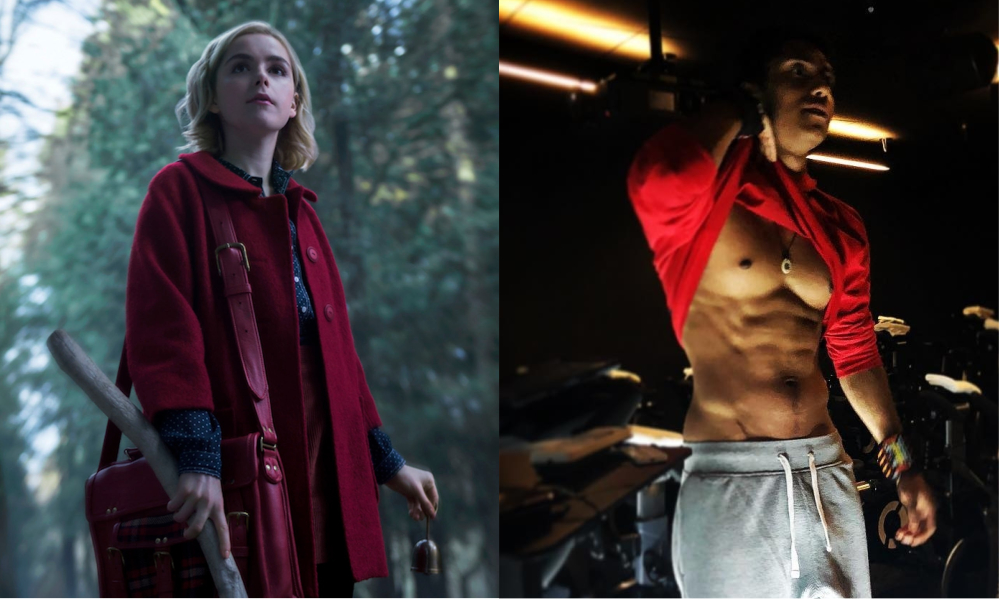 Chilling Adventures of Sabrina is on its way to Netflix, and the series is bringing a new queer character to the streaming giant.

The dark reimagining of the popular Sabrina the Teenage Witch series (based on the Archie Comic’s character) follows 16-year-old half-witch as she picks between the magical realm of her family and the mortal world of her friends.

In the show, Sabrina’s British cousin Ambrose Spellman (Chance Perdomo) visits from the United Kingdom, and he brought his abs. Perdomo describes his character as a “bastardized magical love-child of David Bowie and Jimmy Hendrix.”

“Placed under house-arrest by the Witches Council, Ambrose is forbidden from leaving the funeral home where he lives with the Spellman women,” the character’s description reads. “Witty, puckish, and pansexual, he is one of Sabrina’s partners in crime, always up for mischief.”

The term Pansexuality is becoming more mainstream as celebrities like Brendon Urie, Janelle Monáe and Miley Cyrus use it to come out. Pansexuality is defined as an emotional, physical or romantic attraction towards another person regardless of their orientation or gender identity.

Chilling Adventures of Sabrina checks into Netflix on October 26.