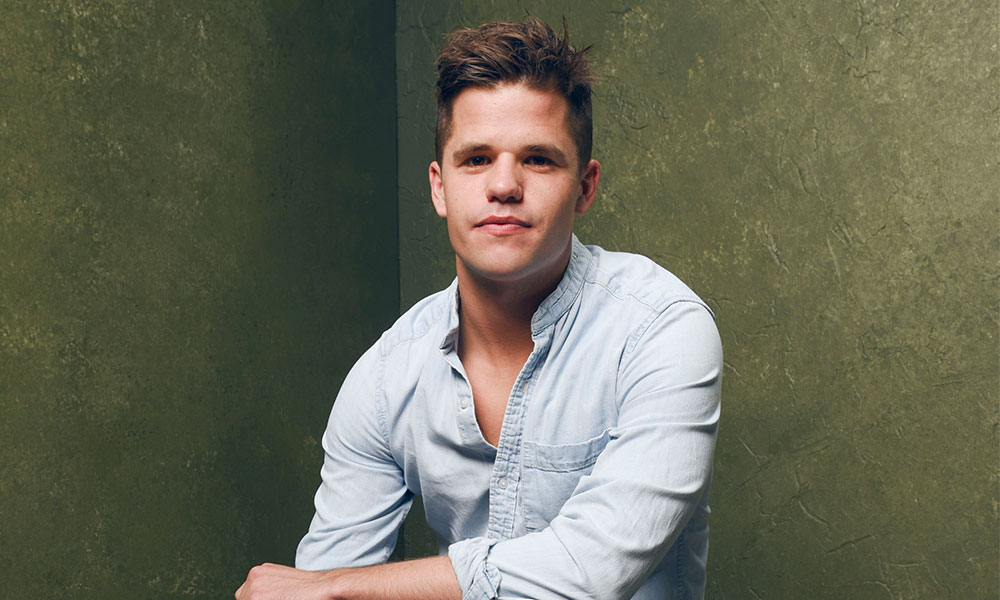 Like many other young male celebs, Charlie Carver loves to show off.

A few days ago, the 29-year-old actor visited Idyllwild, California and the San Jacinto National Park. During his brief retreat, Carver decided to ditch his duds for a photo op. While perched atop a rocky hill, the Teen Wolf stud took all of his clothes off and flashed the entire forest.

Carver turned his back to the camera, so unfortunately the birds and the bees were the only ones to sneak a peek. Regardless, his photo temporarily satiated Instagram’s thirst for nude dudes.

This isn’t the first time Carver’s Instagram posts made headlines. Earlier this year, used the platform to come out as gay in a five-part post.

“Over time, this abstract ‘knowing’ grew and articulated itself through a painful gestation marked by feelings of despair and alienation, ending in a climax of saying three words out loud: ‘I am gay.’ I said them to myself at first, to see how they felt. They rang true, and I hated myself for them. I was twelve. It would take me a few years before I could repeat them to anyone else, in the meantime turning the phrase over and over in my mouth until I felt comfortable and sure enough to let the words pour out again, this time to my family…”

Since coming out, Carver joined heartthrob Colton Haynes as one of Hollywood’s hottest queer actors.