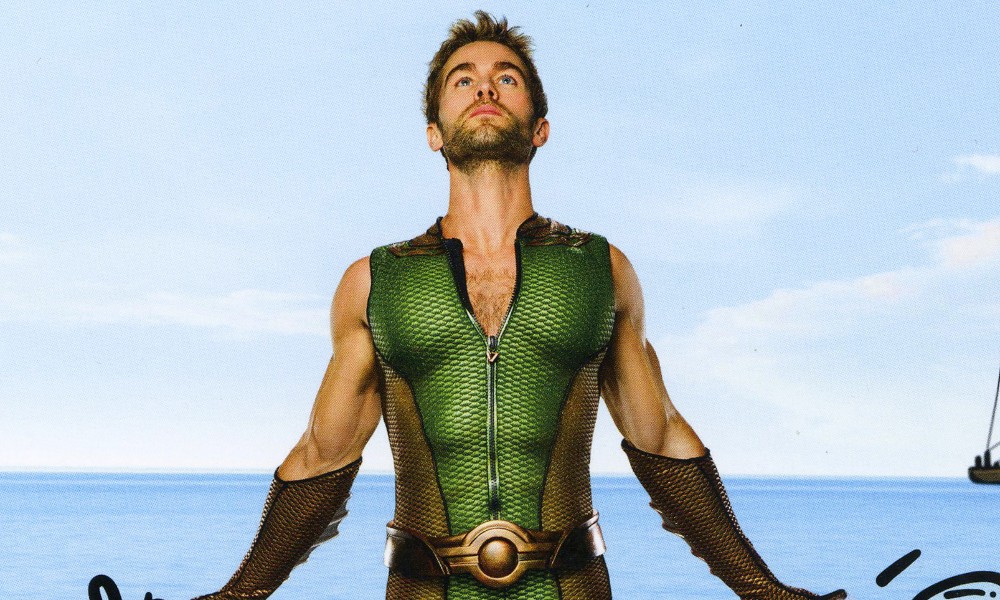 Chace Crawford’s new role in The Boys has him giving fans a lot to think about.

On the show, Crawford plays Kevin/The Deep, also known as the King of the Seas. The Deep is a handsome-as-hell hero who can breathe underwater and communicate with sea creatures.

A promotional calendar for the Amazon Prime show was sent out to the press last week, and the month of March has the Internet thirsty AF. The spread features Crawford in his very super tight suit, with an impressive VPL on full display.

Rumor has it that the photo was accidentally left unairbrushed in its final iteration. Note, these are some of the comments that are tame enough to share:

Congratulations to @ChaceCrawford for his exciting new role in @TheBoysTV that is making such an impact. The dolphins are nice and that costume isn’t bad at all. pic.twitter.com/hjksB5I4CX

how they allow that promo shot of chace crawford tho

me looking at those photos of chace crawford https://t.co/wf4w1OMe7U

In the other months on the calendar, which you can preview here, the photos are all properly retouched. It’s unclear how March slid through — and Amazon Prime has yet to comment publicly.

Before this incident, fans of the show — based on the eponymous comic book — have seen a lot of Crawford’s bod already. His full derrière complete with tan lines was displayed in a previous episode.

The Boys is about a team of vigilantes who attempt to take down a corrupt organization of superheroes who abuse their powers. It premiered on July 26 and has already been picked up for a second season.