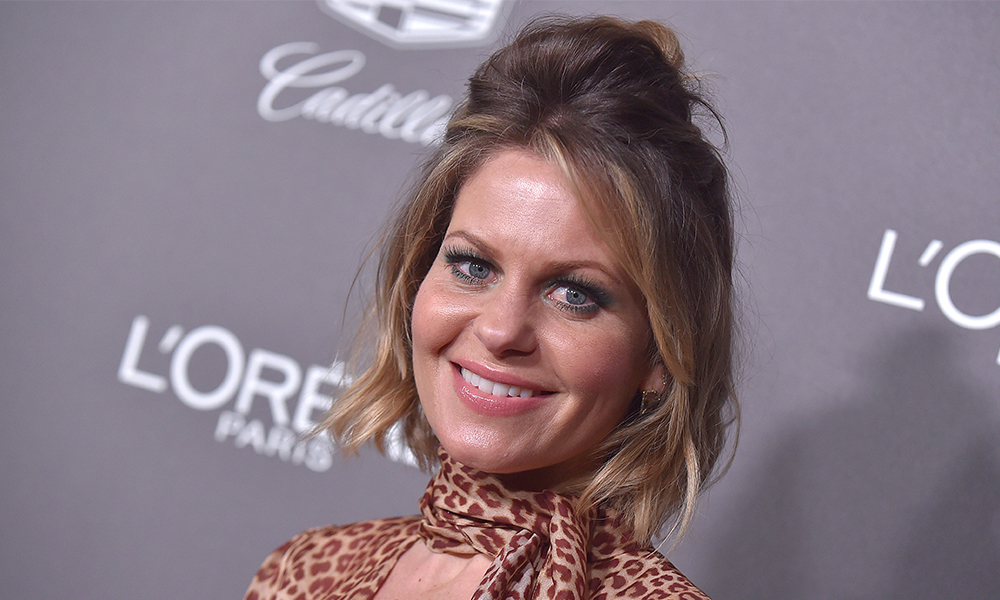 When The Christmas House came to Hallmark in 2020 it was the first film in the network’s history to prominently feature a same-sex couple. Jonathan Bennett and Brad Harder helped to ring in a new era for Hallmark. That very same year Lifetime also had a strong showing for LGBTQ+ content with movies like The Christmas Setup. Late to the game as they may be, it inspires some confidence to know that a network generally marketed toward a more conservative audience could be open to change. However, this progress did not come without some fumbles. Among those include the exit of Crown Media ex-CEO Bill Abbott. The reason for his, and Hallmark movie regular Candace Cameron Bure’s exit may, at least in part, be homophobic.

Why Did Bill Abbott Leave Hallmark?

Before we explore the latest from Bure, let’s go over some context. Before the release of The Christmas House, Hallmark made headlines when they removed advertisements featuring same-sex couples from the air. The advertisement itself was totally innocuous, and the network faced widespread criticism as a result. Hallmark apologized and restored the ad a few days later, but the damage had been done. A little more than a month later Abbott stepped down as CEO of Crown Media.

Just over a year later Abbot partnered with Hicks Equity Partners to head up a new venture  Great American Media (GAC Media at the time). The Texas-based media company went on to launch new cable networks, among them Great American Family. The expectation is that Great American Media will continue to focus on faith programming and “family entertainment.” Chances are LGBTQ+ readers can already hear the dog whistles. The series of events that led to this is important to remember when we talk about Candace Cameron Bure’s involvement.

All of this takes us to Candace Cameron Bure. Those who are familiar with Hallmark Channel will certainly recognize Bure as a mainstay in the network’s holiday programming. The 46-year-old actress ended her partnership with the network in April of this year. At the same time, she revealed plans to join Great American Family. Bure is famously conservative, not unlike her brother who is an evangelist that famously spoke out against homosexuality in 2012. Bure’s departure from the network sparked rumors that it was due to Hallmark’s new queer-friendly programming.

This was mostly speculation and Bure herself initially explained that the decision ultimately came down contracts. “The truth is I’ve been under contract with Hallmark for a very, very long time,” said Bure. “It just so happened that my contract was expiring when Great American Family started up.” She later added that her discussions with Great American Family didn’t start until she was already “well into negotiations” with Hallmark Channel. There appeared to be more to it however, with Candace saying that Great American Family fits her brand perfectly. “We share a vision of creating compelling wholesome content for an audience who wants to watch programming for and with the whole family.”

New information came to light recently as Bure began promoting her upcoming movie on Great American Family. In an interview with WSJ, Bure spoke about her new executive role at the company as well more context surrounding her departure from Hallmark Channel. “My heart wants to tell stories that have more meaning and purpose and depth behind them,” said Bure. “I knew that the people behind Great American Family were Christians that love the Lord and wanted to promote faith programming and good family entertainment.”

She also added that Hallmark is “basically is a completely different network” than when she started because of the change of leadership. If this wasn’t direct enough, Bure sited the same-sex relationships featured on the network as part of that reasoning. “I think that Great American Family will keep traditional marriage at the core,” she said. No matter what you think of Candace Cameron Bure, these comments have clear homophobic undertones.

What Does This Mean For Great American Family?

Candace was previously more cagey about her thoughts on this matter. When asked if Great American Family will include same-sex and interracial couples Bure said they hadn’t “specifically had those discussions.” She added that it isn’t completely up to her, saying “You know, we’ll see. We’ll see how it goes.” Meanwhile, Abbott has this to say about the inclusion of same-sex couples in the network: “It’s certainly the year 2022, so we’re aware of the trends. There’s no whiteboard that says, ‘Yes, this’ or ‘No, we’ll never go here.'”

We feel it’s important to add a caveat here. While LGBTQ+ content is more accepted in the mainstream than it was a decade ago, we are not the “trend” Abbott seems to think we are. We are human being with relationships as beautfil and flawed and complex as our cis and straight counterparts.

It seems we weren’t the only ones to notice the inherent homophobia in Bure’s statements. One Tree Hill actress Hilarie Burton has spoken out in the past about Abbott and was equally vocal in her response to Bure. Burton took to Twitter to respond to speak out against Bure’s homophobia, calling her a bigot. “I don’t remember Jesus liking hypocrites like Candy,” Burton added. “But sure. Make your money, honey. You ride that prejudice wave all the way to the bank.”

Bigot.
I don’t remember Jesus liking hypocrites like Candy.
But sure. Make your money, honey. You ride that prejudice wave all the way to the bank. https://t.co/X70aO4WIcB

Burton, who appeared in the 2007 Lifetime drama Normal Adolescent Behavior, had more to say about Bure, Abbott, and GAC. “Now they’re just openly admitting their bigotry,” said Burton. “I called this shit out years ago when Abbott was at Hallmark.” She then added that she’s “glad they dumped him.” In the end, we’re in full agreenent with Burton. “Being LGBTQ isn’t a ‘trend,'” she said. “That guy and his network are disgusting. You too Candy. There is nothing untraditional about same-sex couples.”

Now they’re just openly admitting their bigotry.
I called this shit out years ago when Abbott was at Hallmark. Glad they dumped him.
Being LGBTQ isn’t a “trend”.
That guy and his network are disgusting. You too Candy. There is nothing untraditional about same-sex couples. https://t.co/38XIg5XeMP