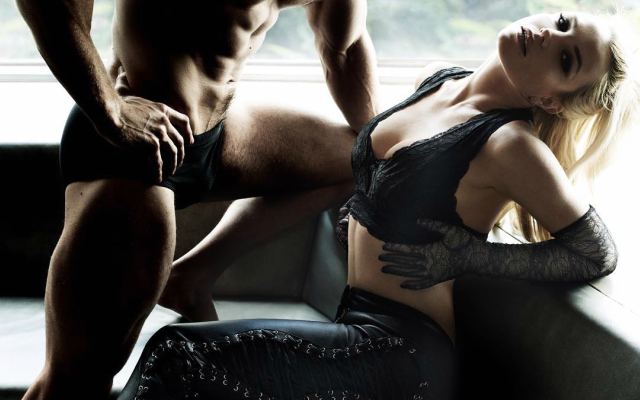 We haven’t seeen Britney Spears‘ body look this good since she was a slave for you.

The 34-year-old singer showed off her toned tummy and thighs for the 100th issue of V Magazine, a fashion forward publication that brings art, music, film and architecture together.

The magazine features 1, 2, 3 collectible covers shot by Mario Testino, which showcase Spears’ sultry look — did you catch our lyrical reference?

Spear isn’t alone, many of the photos feature a buff body, which the popstar sprawls across in high heels and sheer black stockings. Seriously, everything about this shoot is sexy.

Although she’s performing at Planet Hollywood in Vegas, Spears isn’t slowing down; she’s working on her next album, which she teases during her interview.

“Honestly, I’m just particular with this record. It’s my baby, and so I really want it done right. I would much rather have it be completely how I want it to be, whether that takes another year for me to do, or two months. I have no idea at this point.” Spears said.

What? We might have to wait … I guess it will only make us stronger than yesterday. Spears says we’re in for a treat when she finally drops a new track. “It’s the best thing I’ve done in a long time. I just want it to be done right, so that my fans will truly appreciate it.” She added.

You can get your copy of V Magazine Tuesday, March 8.