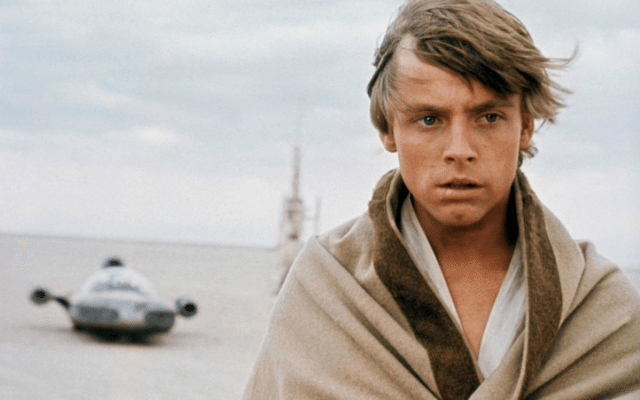 Could Luke Skywalker Be Gay? Mark Hamill Weighs In

According to a certain Star Wars actor, you bet! In an interview with The Sun, Mark Hamill (Luke Skywalker himself) said:

“I just read online that JJ is very much open to that. In the old days, you would get fan mail. But now fans are writing and asking all these questions: ‘I’m bullied in school … I’m afraid to come out.’ They say to me: ‘Could Luke be gay?’ I’d say it is meant to be interpreted by the viewer. If you think Luke is gay, of course he is. You should not be ashamed of it. Judge Luke by his character, not by who he loves.”

While it’s kind of a non-answer, we love that the actor is so open and flexible with his character’s sexuality. And if you think about it, the only sort-of-romantic figure in Luke’s life was, well … his sister. So, maybe Luke went down a, shall we say, different path later in life after all.

And Hamill’s nod to The Force Awakens director JJ Abrams refers to an interview with The Daily Beast where the director shared his own views on gay characters in a galaxy far, far away. When asked if we would see gay characters in Star Wars one day, his response was swift, but to this day he’s yet to deliver a prominent queer character in the franchise.

“Of course! When I talk about inclusivity it’s not excluding gay characters. It’s about inclusivity. So of course. I would love it. To me, the fun of Star Wars is the glory of possibility. So it seems insanely narrow-minded and counterintuitive to say that there wouldn’t be a homosexual character in that world.”

Well, we would love that, too, Mr. Abrams!

Could Luke Skywalker Be Gay? Mark Hamill Weighs In