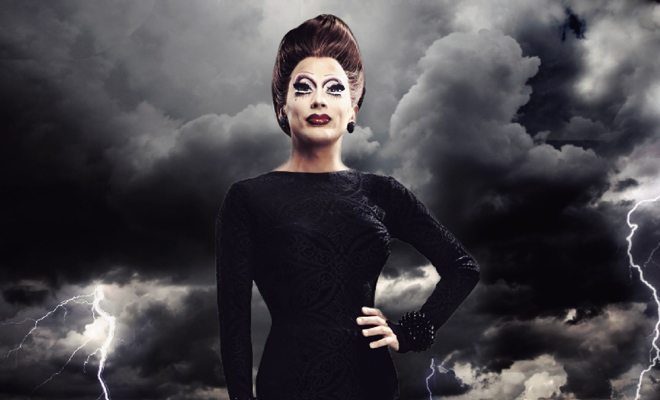 Bianca Del Rio is one queen who’s impossible to ignore. She quickly became a fan favorite while on RuPaul’s Drag Race and became an instant celebrity with most audiences. Well now she’s back, and she has a new movie called Hurricane Bianca, which we discussed the day after its New York City premiere.

Hurricane Bianca tells the story of a New York teacher who’s fired from a small Texan school for being gay and returns disguised as “Bianca” to wreak revenge on the town. If that doesn’t sound like a winner, I don’t know what does.

Bianca and I had a one on one interview about the filmmaking process, her life and what being celebrity means. Read the interview below, but before you do, take a peek at the trailer below:

Bianca and I had a one on one interview about the filmmaking process, her life and what being celebrity means. Read the interview below, but before you do, take a peek at the trailer below:

Gayety: Can you tell me a little about the genesis of “Hurricane Bianca,” and how it came to fruition?

Bianca Del Rio: Hurricane Bianca was the creation of my friend Matt Kugelman. He came up with the idea about eight to nine years ago wrote the script, did a couple of crowdfunding campaigns, and then directed the filming of it last year. It’s a comedic take on a serious topic because in more than half of the states in the U.S. you can legally be fired for being gay.

Did you take any acting classes to prepare?

I didn’t take any acting classes. I relied on my experiences and the director to guide me. The most difficult part was learning the terminology for the role of a science teacher.

You’ve been doing drag for nearly two decades. What kept you going in those early years? Was this (your career) the dream?

My dream job was to join the circus as a clown, but drag got in the way. I always split my time between drag in nightclubs and hair/makeup/costumes in the theater. Both are unstable industries, so luckily I always had the other to fall back on to make ends meet.

Describe the moment you realized you were famous?

I’ll call you when it happens.

When you started to gain fame, did people come out of the woodwork hoping to be your friend?

Yes. My phone number is now unlisted because RuPaul was calling me every two hours.

How do you deal with the Internet trolls?

I don’t. I’m too busy dealing with hate mail from my family.

Do people recognize you when you’re out of drag?

Drag Race shows the contestants out of drag more than in drag, so people often recognize me out of drag. The ones who surprise me the most are the middle-aged straight women who are TSA agents that recognize me when I’m walking through airports. TV is a powerful thing. The demographics of the fans of the show is remarkable.

What’s the most surprising/annoying part about fame?

Interviews. I’m kidding! I have absolutely nothing to complain about.

RuPaul played a huge role in your success. He’s also in the film, which is incredibly generous. Is that type of kindness “normal” in the drag community, or would you say there are more claws than helping hands?

Many drag performers look to you as a role model. Do you ever feel any pressure?

Yes. I feel lots of pressure to educate people to have better role models.

How do you get through the bad days (when you’re not feeling so fabulous)?

There are no bad days when you have Xanax. All I have to do is think about how lucky and blessed I am. That’ll get me through any rough days.

What’s the best quality about yourself?

That’s not a question for me to answer. That’s a question to save for an audience. It wouldn’t be fair for me to say what’s best about me.