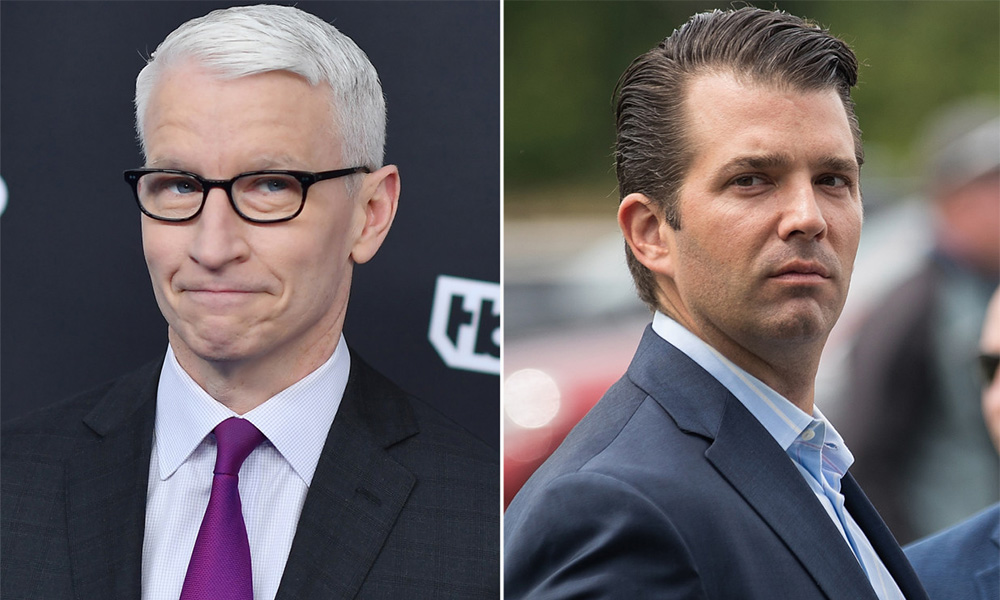 Anderson Cooper: “Some guy I’ve never heard of made a joke on Twitter that I was on my knees in the water to make it look deep, and then went on to say I was used to being on my knees.”

As an openly gay journalist, Anderson Cooper is accustomed to being criticized by trolls — especially following Trump‘s successful Presidential campaign.

Cooper rarely responds to trolls, but when the President’s son questioned his integrity, he decided it was worth addressing. In a 10-minute segment on his show, Anderson Cooper 360°, the CNN journalist dismissed the Donald Trump Jr.’s accusations that he embellished the flooding of Hurricane Florence to make it appear more severe.

In a tweet, Trump Jr. claimed that Cooper was lying to make his father look bad.

It’s a shame that CNN’s ratings are down 41%. What’s worse is there’s a simple solution that they refuse to accept. Stop Lying to try to make @realDonaldTrump look bad. https://t.co/O3XyWchsJh pic.twitter.com/BCUCxKnOvO

Cooper countered by pointing out that the footage Trump Jr. referred to was taken more than a decade ago during a report from Hurricane Ike in 2008. He proceeded to play the segment in question, which was obviously not from Hurricane Florence or this year.

The 51-year-old reporter then remarked that one homophobic commenter made a sarcastic comment that Cooper was “used to being” on his knees.

Cooper continued, “Some guy I’ve never heard of made a joke on Twitter that I was on my knees in the water to make it look deep, and then went on to say I was used to being on my knees, which I assume is some kind of anti-gay reference.”

“Very classy,” he added. “The idea that I was kneeling in water to make it look deep is frankly idiotic.”

“I don’t expect the president’s son to ever admit he was wrong or one of the president’s former advisers or frankly anyone else who’s retweeted these pictures,” Cooper said. “But I at least thought that they and you should know the truth.”

Watch the segment below.

"The idea I am kneeling in water to make it look deep is idiotic." @AndersonCooper debunks the lies being spread by Donald Trump Jr., and others who falsely claimed he and his team exaggerated the severity of Hurricane Florence. #KeepingThemHonest https://t.co/j2HptrYpe0 pic.twitter.com/zwfvIXCsIY