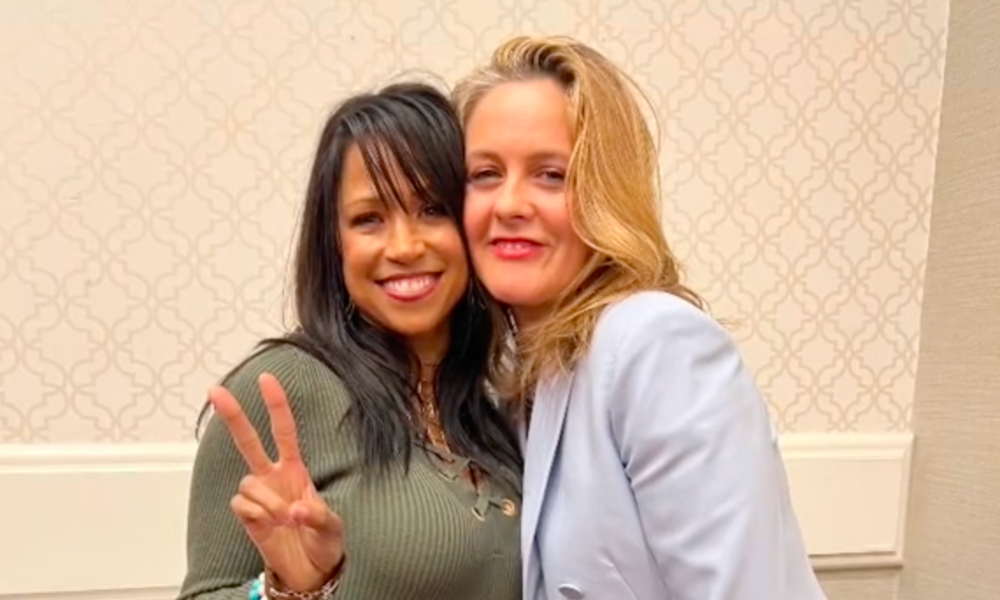 We are totally buggin’ over this Clueless reunion between Cher and Dionne.

The two documented their reunion by making an iconic TikTok mouthing along to one of their famous scenes from the film. In the video, Silverstone’s Cher asks, “Would you call me selfish?” Then Dash’s Dionne replies, “No, not to your face.” Afterward, the two woman dance to the rest of the audio and prove that they’re still BFFs years later.

In case you forgot, Clueless is a 1955 coming-of-age film that follows Cher Horowitz, an arrogant rich girl from California who decides to play matchmaker with the teachers and students at her high school. Dionne is her beautiful best friend, who Cher keeps around because “we both know what it’s like to have people be jealous of us.”

Dash also posted an adorable behind-the-scenes video showing the two actors learning to use TikTok. The video caption reads, “Behind the Scenes of a GenX TikTok.” Other than nailing their lip-synching, Dash and Silverstone also took photos together. “It was so nice hanging out again,” Dash wrote.

If you think we’ll ever get over this Clueless reunion, you’re wrong.

Silverstone celebrated the film’s 27 anniversary earlier this year with a TikTok dedicated to Cher. She posted a compilation of Cher’s iconic lines and wrote, 27 years ago, a bad b*tch was born.”

For the 25 anniversary, the Blast From the Past actress spoke with Vogue about the making of the classic film and it’s incredible following all these years later.

When asked about the response to the film, Silverstone said her favorite reactions are those from the LGBTQ+ community.

“I was really well-received by the gay community after Clueless came out. They’ve always been my people. I don’t know if it’s just this film or my vibe that’s endeared me to them, but that has always been my favorite aspect of the film. Particularly what it means to gay boys.”

The interviewer said Clueless helped many people with their sexuality because they “thought they wanted to date Cher until Christian showed up.”

“We love each other so much and I’m sure some of that stems from him really admiring Clueless and what Cher meant to him and all of his friends growing up.”

Now that we have this Clueless reunion in the books, when is the sequel?