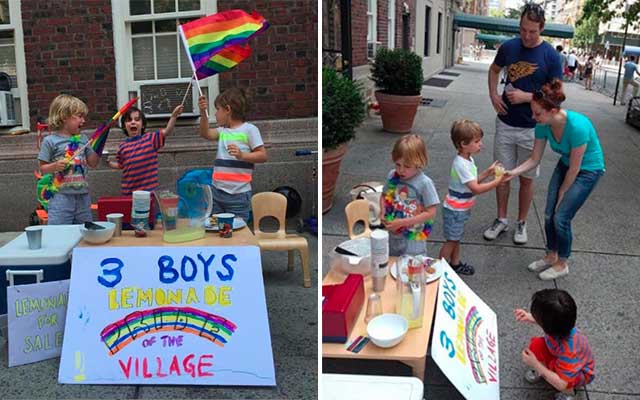 These kids give us hope for future generations. During the Pride Parade in New York City, a few four-year-old boys started fundraising for the victims of the Orlando shooting which occurred on June 12 at Pulse nightclub.

How did they decide to help, you ask? Selling lemonade, of course. Come on, at that age, your options are limited, but these boys knew everyone needed to stay hydrated while dancing down the hot city streets. Seriously, they’re so sweet. But why did the kids decide to do something so thoughtful? When asked why he wanted to help, Sam Bernstein, one of the incredibly young entrepreneurs, told The New York Times, “because I love selling things, and we’re doing it to make people happy.”

We think that’s a great reason, Sam! The tiny salesperson didn’t start the stand alone; he was joined by buddies Finn Madden and Dean Haines, who helped him grab the attention of Pride-goers. 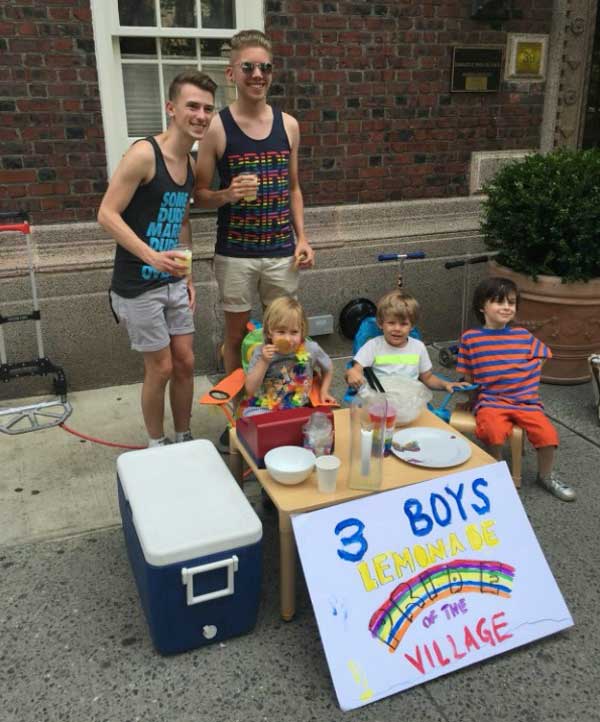 Michelle, the mother of Finn Madden, made a comment regarding the children’s choice to help those in need that will melt your heart. She said,”three boys felt like selling lemonade and loved the idea of living the life that you want, the way you want to live it. When I told Finn about the parade, maybe it’s because they’re so young, he said, ‘Well, of course, people should be able to marry whomever they want.'” 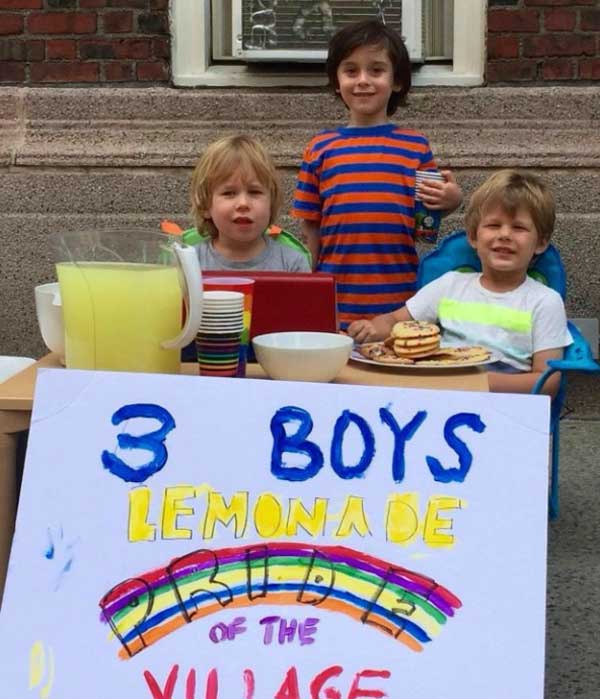 This is the kind of parenting that can change the world. Moms like Michelle prove discrimination doesn’t come naturally — it’s taught. The boys donated the money they made from the lemonade stand to the GoFundMe for the Orlando Victims, which has collected nearly $7-million in donations.