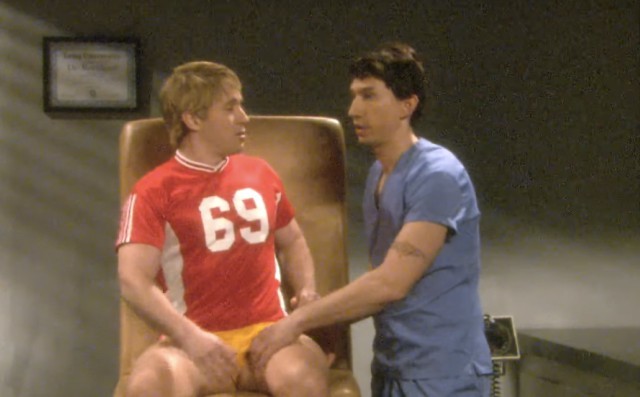 Adam Driver hosted SNL this weekend. And while the skits certainly capitalized on the success of Star Wars: The Force Awakens (where Driver plays villain Kylo Ren), one of the best skits of the night had Driver playing “Dr. Rockhard” in a gay adult film parody.

The parody skit (The Doctor is in … My Butt 4) had Driver robotically delivering lines like “I have no hair,” “Are you good at juggling balls?” and “I graduated best top in my class.”

Check out the skit below. Do you think Driver has a future in gay adult films? At least he has a fall-back plan in case the whole Star Wars thing doesn’t work out for him ….