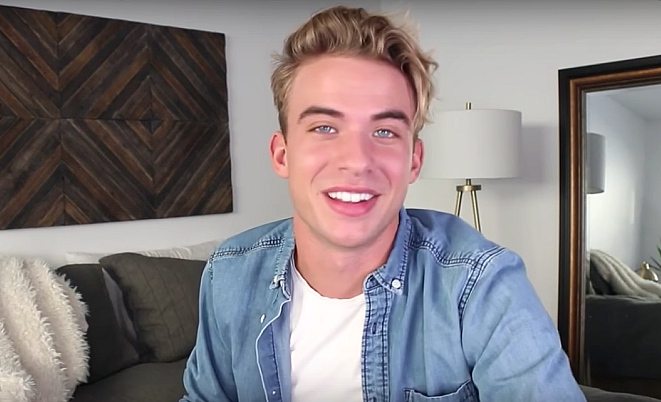 Aaron Rhodes revealed his five top turn-ons and they’re surprisingly adorable. You probably remember the Rhodes Bros. But if not, let me jog your memory: The Rhodes Bros are unbelievably attractive gay twins who came out on YouTube and sparked a media frenzy.

This week, half of the team, Aaron, made a solo video while his brother Austin was away. In the video, Aaron answered a few questions from his fans, including whether or not he uses dating apps and what his biggest turn-ons are. His fans also requested that he share an awkward dating story.

It turns out, Aaron does use dating apps (sometimes).

“I feel like there’s nothing wrong with dating apps,” he says with a smile. “It’s an easy way to meet guys and girls … but there is something to meeting someone in person. You’re getting that connection with them right away and you’re judging them by their personality … on a dating app, you’re judging them based on the surface things.”

When he first came out and started dating, he picked his men based mainly on their looks (who doesn’t). Now that he’s older, Aaron says he looks for five things (aka turn-ons) in his potential suitors.

I don’t know about you, but it seems like Aaron has all five of these qualities.

Watch his video below!