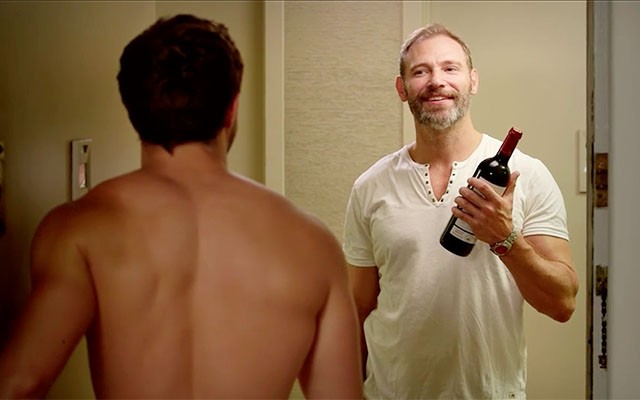 Have you heard of DaddyHunt? It’s a dating app for men who like men that connects young guys with older men (aka daddies). To promote the DaddyHunt app, the company produced a web series titled DaddyHunt: The Serial. Surprisingly, the series looks entertaining and well produced.

The series was originally posted in 1:30 increments on Facebook, but they’ve since combined the episodes to create an adorable short film. The story follows a younger guy and his sexy neighbor, who happens to be a total silver fox. Watch the video below!