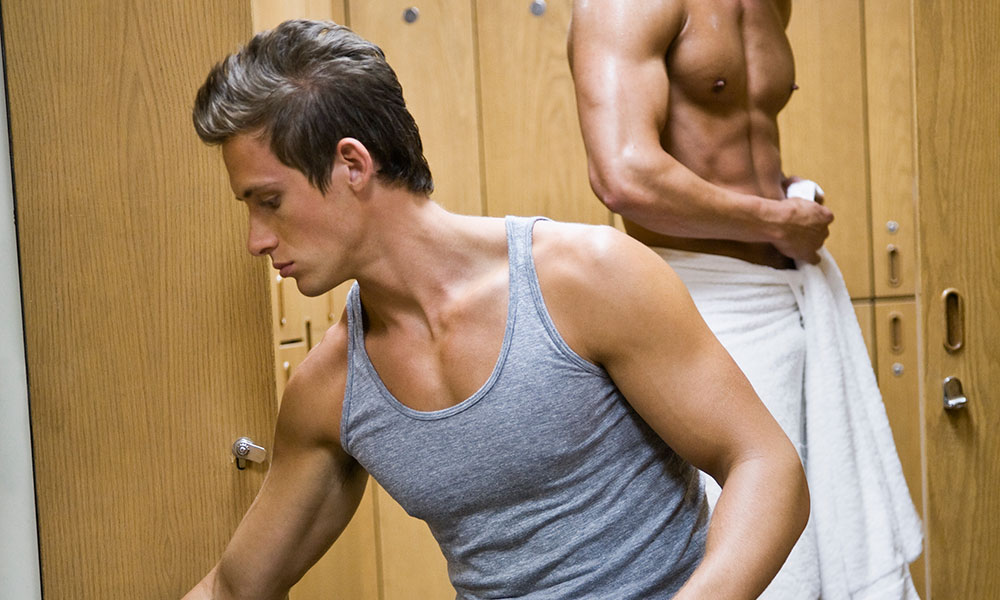 18 Tips for Finding Hook Ups at the Gym

Some queer men see cruising as a lost art — killed by hookup apps, an evolved social climate, changing queer norms, and everything else. These people have never been to a gay gym.

Maybe that’s not fair. Sure, Grindr made hooking up easier. That’s what technology does. It makes things easier, not better. Now we regret the ease and effortlessness of which we can find a guy nearby who meets all our specs with just a few clicks.

If you want to try your hand at the tried-and-true, old-school art of cruising in public, grab your shorts (no underwear necessary, commando only) and some lifting gloves. It’s time to get sweaty.

Here are my top tips for cruising at the gym: 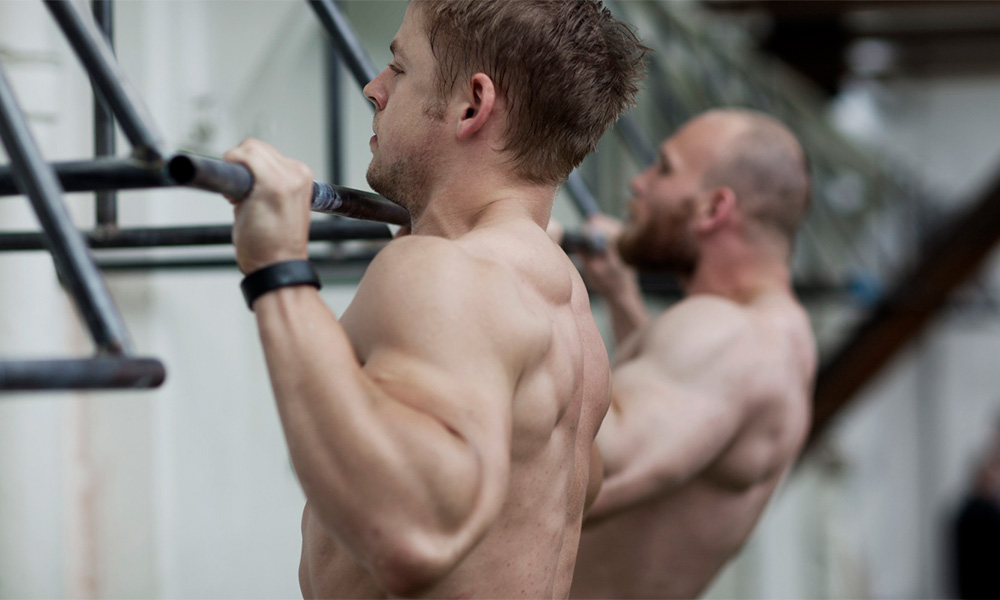 If you’re in the Castro, West Hollywood or Hell’s Kitchen, every gym is the gay gym. But, if you don’t live in a queer city, you’re going to have to ask around. Ask the locals for suggestions on gay-friendly gyms.

Asking around is extra work, but don’t lament this step in the process. In established gayborhood gyms, the staff are extra vigilant and on the lookout for fuckery (also called “public indecency”), which means you may have a higher chance of getting caught in those establishments. Some of the naughtiest sessions happen in small-town gyms.

2. Change at the gym

Most cruising happens in the locker room, truthfully. You’ll find that most guys don’t want to be cruised too hard out on the floor. I love cruising and getting cruised, but I also take my gym time very seriously. If someone is overtly cruising me during a lift, it can be distracting and a little annoying.

Every time I go to the gym, I strip three times: once when I’m changing into my gym clothes, again when I’m sweaty and taking them off, and when I change back into my day clothes after showering. The repeated disrobing give guys three opportunities to sneak a peek and make a move.

Don’t wear the shortest, tightest shorts you own. It’s hotter to wear actual athletic gear, not a cute club tank.

That said, don’t wear baggy basketball shorts. Wear workout clothes that fit, that show off your body (shorts should fall mid-thigh, never lower than the knee). Show off your personality. Some guys can get away with teal sleeveless hoodies printed with neon cats, but I can’t. (Actually, I would totally wear that, tbh).

Cruising is fun (partly) because of its illicit, wordless subtlety. Don’t be too obvious and try not to look like you’re hunting and thirsty AF. You can dress in skimpy clothes and still be wearing suitable athletic gear. I do. 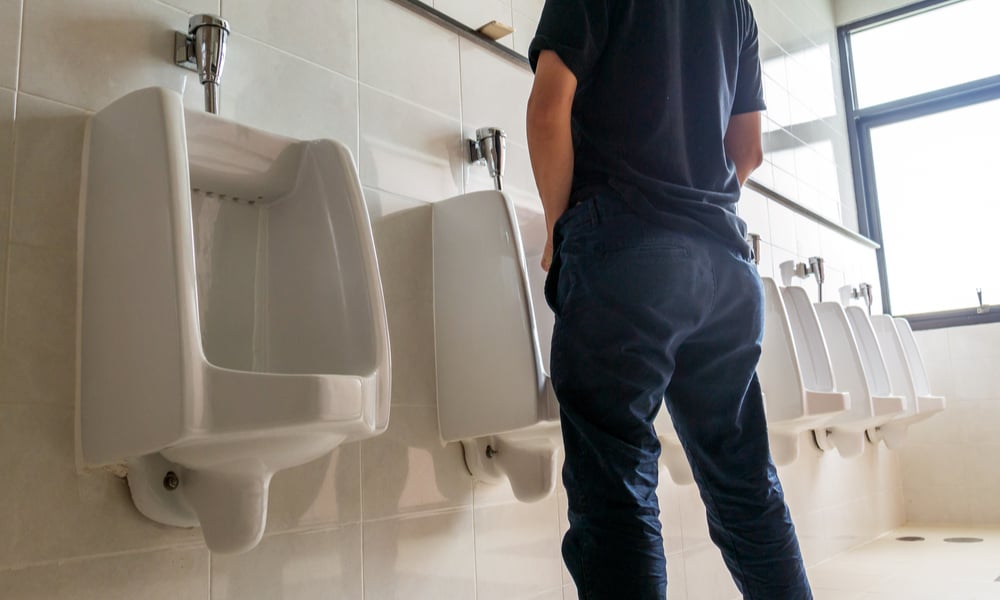 5. Stand next to him at the urinal

Close-proximity peeing is one the oldest tricks in the book. And it’s still one of the best.

When you’re standing next to him at the urinal, glance at him and give the nod. If there’s a divider, do not attempt to sneak a peek — not without his permission.

Let him know you noticed him. That’s all you can do. That gives him the go-ahead to glance back at you, or to nod down, directing your eyes to what he knows you want to see. If he’s bold (or if there’s no one else in the bathroom), he may turn sideways and show you what he’s packing.

6. Don’t wear headphones on the floor

Headphones are useful if you want to finish your workout and leave. However, if you’re on the prowl, be present and notice people. Headphones read “I am not interested so leave me the fuck alone.”

Cruising happens in glances: averted, held, direct, passing. There is an art to glancing that can’t be taught. Mastering the perfect glance takes practice.

Don’t hold the eye contact for too long unless you’re getting signals that he’s cruising you back (a half smile while scanning your body is a good sign). 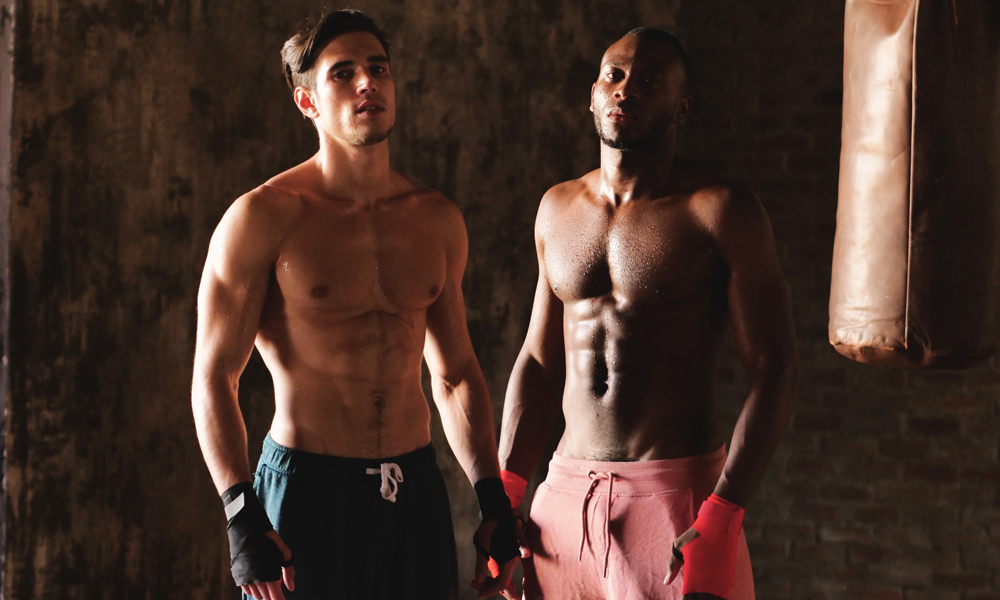 Some cruise queens say this move is way too bold. I disagree. You’re asking him to be your spotter, not your boyfriend. Having a spotter is useful, particularly if you’re lifting heavy weight.

Don’t ask him to spot every set for a particular lift. That’s rude and inconsiderate. However, if you want to go up in weight on your last set and if he’s nearby, ask him to spot you. It’s a great way to get him to look at you up close.

9. Always be courteous and polite

Nothing is more unattractive than a dickish dude who doesn’t respect gym etiquette. It’s an automatic turnoff. Don’t leave dumbbells lying on the floor. Re-rack your weights. When you’re finished, wipe off the equipment. Don’t hog machines.

18 Tips for Finding Hook Ups at the Gym