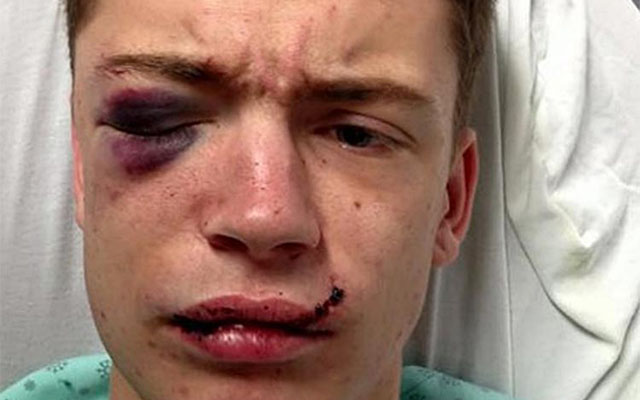 According to CBCNews, a homophobe beat a 21-year-old gay man with a beer bottle after calling him a slur. The young man, Mathieu Grégoire, went to the hospital following the attack and then took to social media to spread the word.

Grégoire told the CBCNews, he “I looked at him and said ‘you’re super hot’,” using a French word that means “drunk” or “hot.” “The guy thought I was saying he was drunk, and that I was insulting him,” Grégoire added. He believes the assault happened because he’s gay. “If the guy had called me an idiot, I would not have turned to confront him. My sister would have taken me by the hand and led me away,” said Grégoire.

Grégoire shared the photo above on his Facebook page, and received words of encouragement and support.

Read the full story on CBCNews.