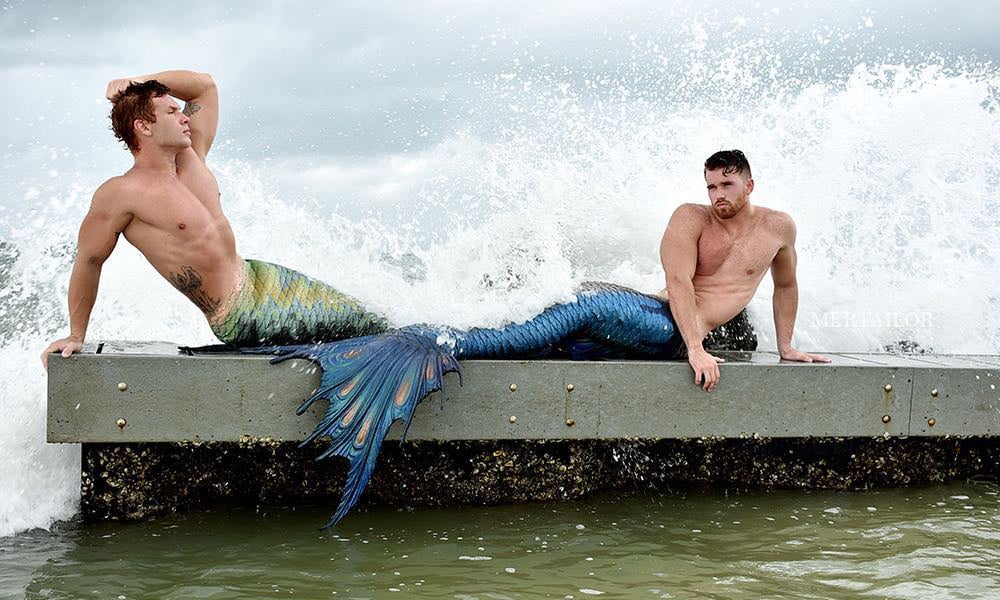 Why We Can’t Resist the Lure of Merfolk

Why we can’t resist the lure of mermaids and mermen.

Mermaids are everywhere. In the past month alone they have surfaced in New Brighton, caused controversy in Asda, reinvigorated toast, partied with the Kardashians, transformed maternity and wedding photography, been a focal point for vandalism and protest in Copenhagen, and helped a child overcome trauma when she learned to liken her badly burned skin to a mermaid’s scales.

Daily hashtags on social media such as #MermaidLife and #MermaidMonday also bolster the burgeoning “mermaid economy”, as mermaid schools, mer-fashion, mermaid parades, and “mermaiding” — where people put on fabric or silicone tails to swim as mermaids — become more mainstream. Most incredibly, being a “professional mermaid” is now a viable career choice. Those able to hold their breath and keep their eyes open underwater for long periods of time can make a living entertaining children and adults, starring in films and music videos and raising awareness of ocean conservation.

The film industry has similarly grasped the lucrative potential of merfolk. Last year, China’s highest grossing film of all time, Stephen Chow’s The Mermaid (美人鱼/美人魚), used the creatures to foreground mankind’s destructive effect on the environment. With four new Hollywood mer-movies currently in the pipeline — three inspired by Hans Christian Andersen’s The Little Mermaid, and a remake of the 1984 comedy Splash featuring Channing Tatum as a merman — merfolk are poised to dominate the media for the foreseeable future.

All of this might give the impression that the world has suddenly gone mer-crazy — but the pre-eminence of mermaids as cultural icons has long been apparent. Merfolk have been with mankind since the dawn of civilization, inspiring stories, art and religious iconography, featuring in our politics, and helping us to navigate complex emotions and questions about the human condition.

In ancient Mesopotamia, half-human, half-fish creatures were believed to inhabit the primordial waters from which all life sprang. Their presence on amulets and buildings from this region suggests they had a protective function, warding off evil and bringing good luck to people and places. Atargatis, a Syrian goddess who appears to have had a fish-tail in one of her iconographical forms, similarly afforded protection to her followers, safeguarding fertility, order and justice. And let’s not forget the pantheon of marine deities that the Greeks, Etruscans and Romans honored. The latter influenced medieval portrayals of mermaids and their deadly cousins the sirens, who had started to transform from seaside dwelling bird-women to fishtailed maidens by the seventh century.

Related | Channing Tatum to Play a Merman in Splash Remake

In the Middle Ages, the medieval church used mermaids and sirens to teach Christians about sin and salvation. Twelfth-century Bestiaries, or Book of Beasts, provided allegorical readings of the sirens as emblems of worldly pleasures and sin, while the 14th-century Cornish plays known as the Ordinalia employed the hybrid body of the mermaid (part woman, part fish) to explain the dual nature of Christ incarnate (part man, part God).

Though the use of mermaids in a religious context ended with the Reformation, their presence in other media — in drama and poetry, on maps, decorative architecture, jewelery, tableware, tavern signs and inns — increased exponentially, prompting English author and scientist Thomas Browne to declare in 1646 that: “Few eyes have escaped the picture of mermaids.” 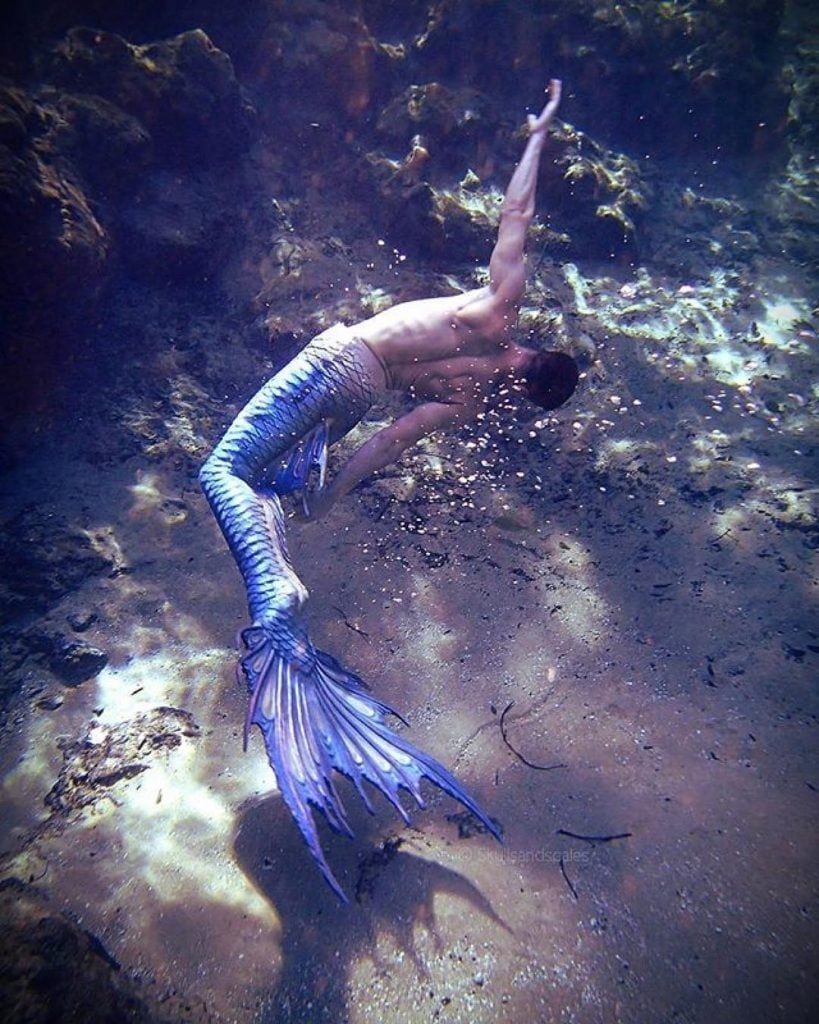 By the 16th century, mermaids were also being used in political contexts. Mary, Queen of Scots, was depicted as a mermaid on a placard posted in Edinburgh following the murder of her husband, Lord Darnley.

Implicating Mary and her future husband, James Hepburn, Lord Bothwell, in the (still unsolved) murder, the placard drew public attention to a longstanding tradition that equated mermaids with prostitutes by presenting Mary as a mermaid beguiling Bothwell in the form of a hare, one of his heraldic badges. Just a few years later, the mermaid was recycled as a positive sign of English mastery over the sea, as Mary’s cousin, Elizabeth I, was painted next to an elaborate mermaid chair in a portrait celebrating the defeat of the Spanish Armada.

Though the Age of Enlightenment saw the phenomena of merfolk subjected to greater scientific scrutiny, some individuals exploited people’s natural curiosity about the sea and its inhabitants by exhibiting fake mermaids. At least five mermaids were on show in fairs and exhibitions in London between 1775 and 1795.

The contorted specimen that was displayed between September 1822 and January 1823 in the Turf Coffeehouse on St James Street provides a good example of the money such specimens could generate. Hundreds of spectators paid one shilling to see it — as various publications reported on its authenticity, condemned it as a forgery, or charted the incredible story of its acquisition (the owner, Captain Samuel Barrett Eades, had sold a ship that didn’t belong to him to fund the purchase). Two decades later, the same mermaid crossed the Atlantic and become P.T. Barnum’s most notorious attraction.

It is this flexibility that has allowed the mermaid to endure as an icon across cultures and across time. As a creature of duality, belonging to two worlds, the mermaid embodies contradiction and unity — she is a bendable cipher that absorbs and transforms whatever hopes, ambitions, anxieties and fears we imprint upon her. Though it might seem that the 21st century has the edge on romanticizing, ecologizing, feminizing and politicizing the mermaid to better understand ourselves, we are merely following in our ancestors footsteps in succumbing to her ancient charms.

Sarah Peverley is a Professor of English at the University of Liverpool.

Photography from The Mertailor.

Why We Can’t Resist the Lure of Merfolk