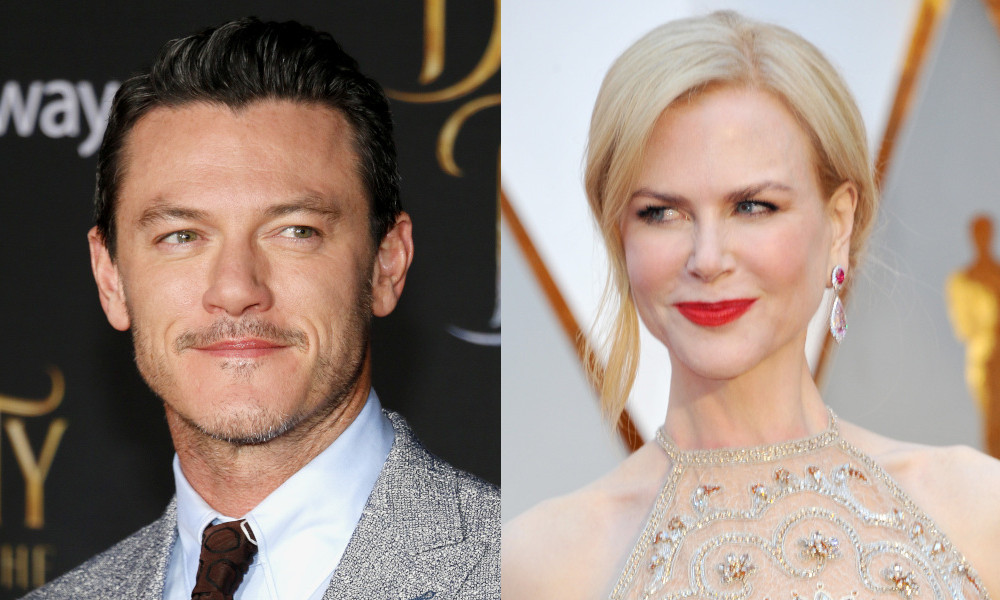 Go somewhere you’ve never been before and listen to Nicole Kidman and Luke Evans’ new duet.

Luke Evans and Nicole Kidman’s latest collaboration is everything we didn’t know we needed. The two worked together on a beautiful duet of Christina Aguilera’s “Say Something” for Evans’ upcoming album A Song For You. Evans sings first on the track with Kidman joining in the chorus and shining during the second verse. The two team up to close out the song with a melodious harmony while soft strings and a piano play in the back.

The two met on the set of the Hulu series “Nine Perfect Strangers.” But their mutual love for music came later. While at a dinner party hosted by Kidman’s husband Keith Urban, the “Big Little Lies” actress convinced her costar to perform a song.

“After dinner, Nicole was like: ‘Right, you’re singing, Keith’s gonna play the piano. He’ll play anything, just tell him the song,'” Evans recalled. “So everybody came around the grand piano in their living room and I sang Adele’s ‘Make You Feel My Love.’ I knew that Nicole loved to sing, so she was joining in.”

Their impromptu duet led the Beauty and the Beast actor to ask Kidman to sing with him on his next album. And he already had the perfect song picked out.

“I already had that song in my head, because I knew that it would fit Nicole’s voice very well, that I could blend our voices,” he said. “So I sent them the track, and Keith was like, ‘Genius – I couldn’t have thought of a better track.'”

Related | Jason Momoa Just Showed Off His Assets on a Boat

Kidman recorded her part at Urban’s studio in Nashville

“He sent me a little video of her in the booth recording. And she loved every minute of it,” Evans said. “She was so grateful that I’d asked her. I was, like, ‘Grateful? You have no idea how grateful I am!’ But she’s a lovely woman, and a friend, and very generous with their time. To do something like this was really special.”

Evans is known for playing the beautiful himbo Gaston in Disney’s Beauty and the Beast and shows off his stellar vocals in the track “Gaston.” He also released an album in 2019 titled At Last and several singles leading up to his 2022 release. Meanwhile, Kidman has been featured on soundtracks such as Moulin Rouge! and The Prom. She joins Evans one other time on the album for a cover of Moulin Rouge!‘s “Come What May.”

Satine and Gaston together on an album? It’s too good to be true.

Watch the two sing “Say Something” here! A Song For You is set to release on November 4.