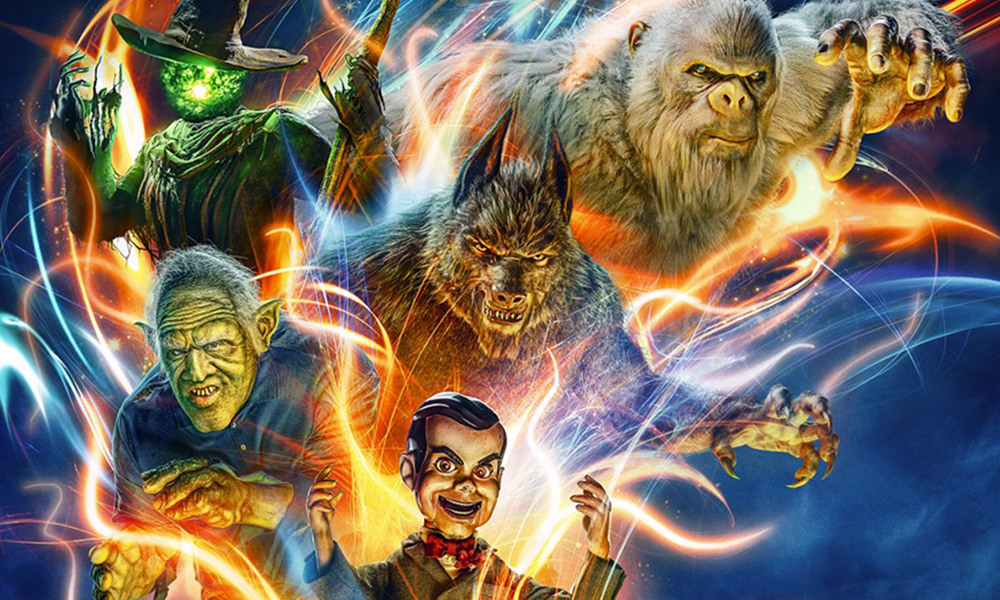 Taylor decides to open a locked book that unleashes Slappy the Dummy, who snarls, “Did you miss me?”

Mayhem ensues as other creatures come to life. By the end of the trailer, the kids are being menaced by a group of angry gummy bears.

Related | Watch The Nun Teaser Trailer and Pray for Forgiveness

The cast includes Wendi McLendon-Covey, Madison Iseman, Chris Parnell, and Ken Jeong. Ari Sandel — whose credits range from The Duff to When We First Met — directs from a script by Rod Lieber.

The producers are Neal H. Moritz through his Original Film shingle, Silvertongue Films, and Deborah Forte. The executive producers are Timothy M. Bourne and Tania Landau.