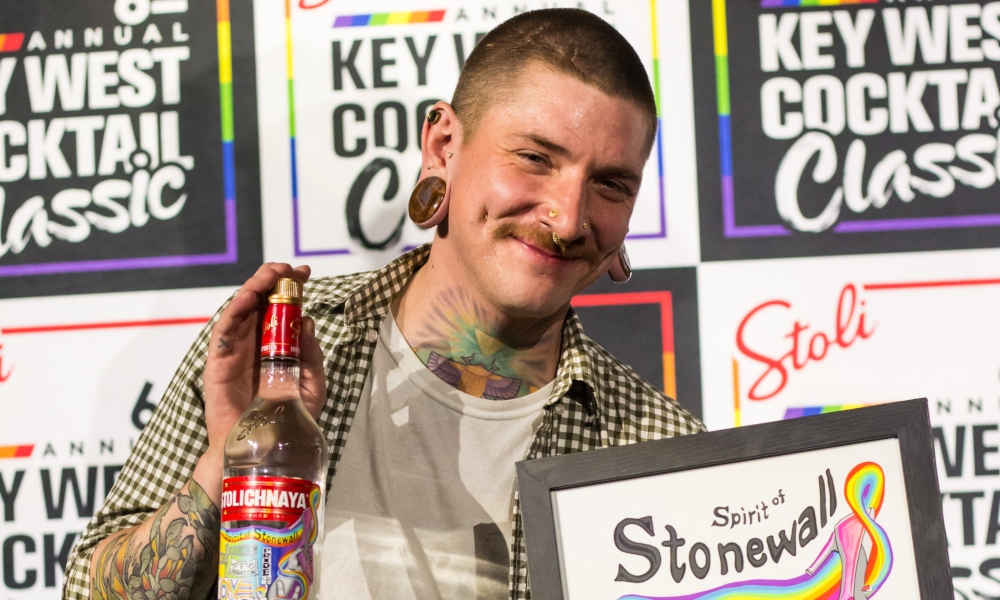 Shakin’ it from the Coldroom in Montreal, Quebec, Canada is Damon Bold. Damon’s powerful mixing skills were made load and clear with his extraordinary Stoli premium cocktail “A Voice of its Own” that shouts Stoli pride.

The world’s largest LGBTQ bartending competition and show, the Stoli Key West Cocktail Classic, is back for its 6th year. The event honors the legacy of gay bars as pioneering community centers for LGBTQ people, and celebrates the work of nightlife professionals who continue to advocate for visibility. This year’s contest kicked off Wednesday, March 6, in Dallas and will conclude with the annual Key West Pride week finale June 4-10 in Key West, Florida.

In addition to the life-changing experiences our bartenders receive, all prize money is donated to hometown charities our bartenders selected to play for as well as paired charities in Key West; this year $25K total will be won for charity with $80k through the program to date”

How to Vote for Damon Bold

To vote for Damon Bold as your favorite Bar Star, head to keywestresults.com daily from May 22 to May 30 to cast your vote in the Fan Favorite Voting Phase. The two bartenders with the most votes receive immunity from elimination in Key West and proceed directly to the Pride Main Stage Finale on June 8.