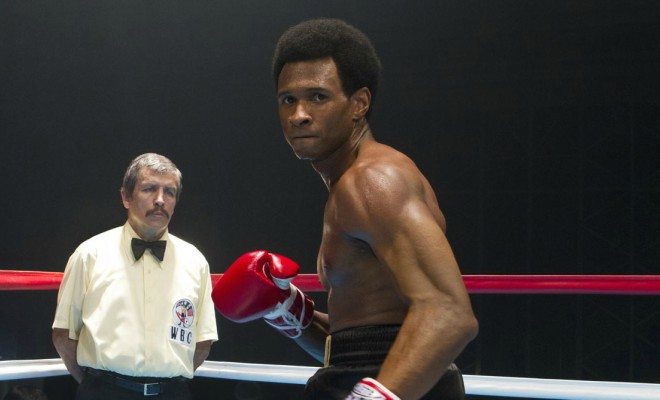 "I learned the value of hard work by working hard." #HandsofStone #ManosdePiedra AUG 26

The R-rated trailer features some steamy scenes featuring the 37-year-old R&B superstar. His bare booty, which is just as round as we imagine, makes its big-screen debut. This isn’t the first time Usher has shown off his body; he’s showed off his bulge on Instagram and shared his steamy nudes on Snapchat.

Related: Nick Jonas Strips and Dips in a Frozen Lake

In an interview, Usher told MTV News, “Playing Sugar Ray Leonard is not an easy role. You have to really be fast, quick, and I had to drop a little weight. That’s probably the hardest part of the entire thing. And then obviously his boxing — he was incredible. One of the fastest ever, and the smoothest and prettiest.”

You can more of Usher’s bare butt when Hands of Stone hits theaters on August 26. If you’d like to watch the steamy trailer, head over to YouTube. Otherwise, watch the not-so-raunch trailer below.