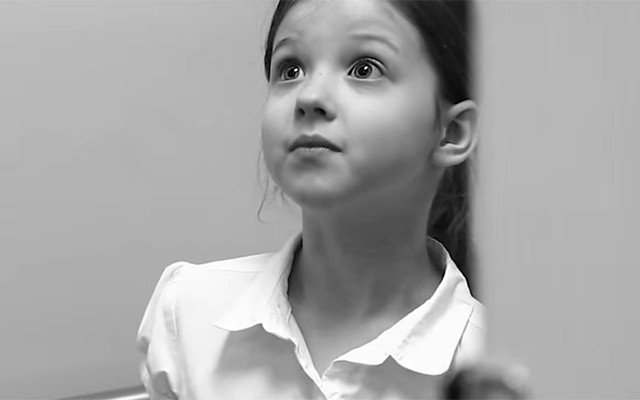 Brought to you by Kim Davis, in association with the Westboro Baptist Church, this horrific PSA is sweeping the Internet by storm. OK, so Kim Davis and the Westboro Baptist church aren’t really responsible for this PSA against LGBT rights. In the words of the Washington Post, this perverted campaign is “one of the most outrageous and disgustingly deceptive ads” we’ve ever seen.

The nondiscrimination law is designed to protect people based on more than a dozen characteristics, including gender identity. The goal is to give transgender people equality in public spaces, such as the right to use the men’s or women’s restroom depending on how they identify. The fanatics who created the video (aka Campaign for Houston) use fear as a trigger and indicate that the nondiscrimination law will put women and children in dangerous situations. The video states:

“Any man at any time could enter a woman’s bathroom at any time simply by claiming to be a woman that day. No one is exempt, even registered sex offenders could follow women or young girls into the bathroom and if a business tried to stop them they’d be fined. Protect women’s privacy. Prevent danger. Vote “no” on the Proposition 1 “bathroom ordinance.” It goes too far.”

The only thing that goes to far is this video. It assumes that trans people are predators and that implies that men will claim to be transgender just to sneak a peek. Ridiculous, right? Where’s the southern hospitality we hear so much about? Apparently, everything is bigger in Texas, including bigotry.