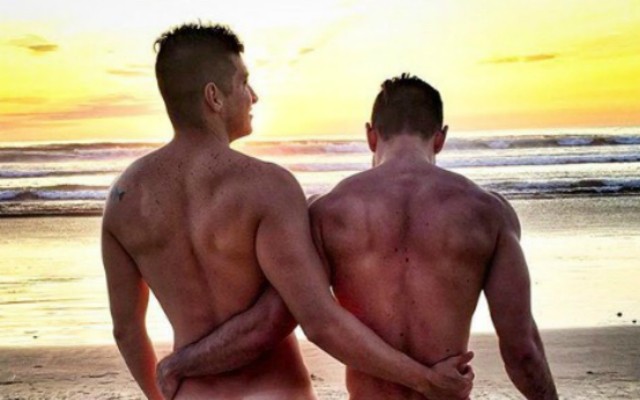 According to a U.K. gay lifestyle blog, there’s a Tumblr that specializes in curating photos of predominately straight men who don’t like to wear clothing.

A lot of men who like men fantasize about straight men in gay(ish) situations. If that’s sounds like you, you could join the 80,000+ people who follow the blog.

The Tumblr consists of videos, photos, and the occasional GIF, and it doesn’t take long to realize there are a lot of photos. OK, we’ll stop talking — you’d probably like to sneak a peek.

Check out the Tumblr!