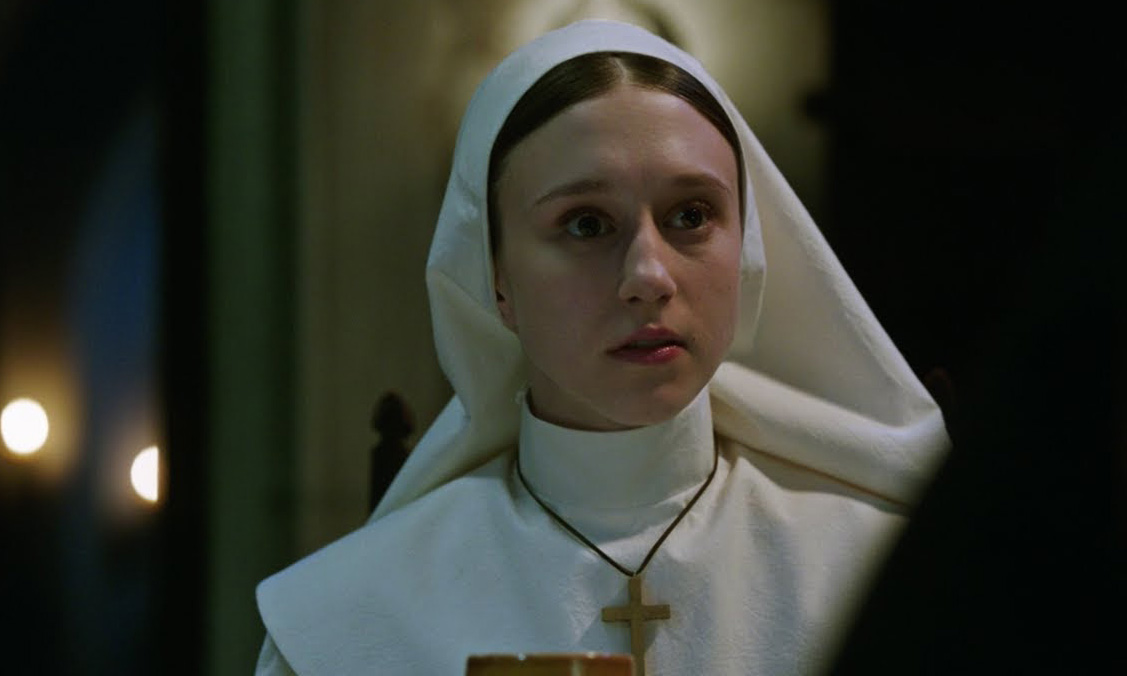 The Conjuring franchise is about to become a lot more evil.

The first teaser trailer for the upcoming horror film The Nun is here, and it’s terrifying. Producer James Wan’s spinoff from the successful franchise resurrects the scariest demon of the series, and nightmares are sure to follow.

In this installment, taking place before The Conjuring and Annabelle films, a young nun living at a secluded abbey in Romania dies by suicide. The Vatican sends a priest (Demián Bichir) with a troubled past and a novitiate (Taissa Farmiga) to investigate the matter. Together they discover the order’s sinful secret. Risking their lives, faith and souls, the duo confronts a malicious force as the abbey converts into a horrific battleground between the living and the damned.

Related | Watch the Terrifying Trailer for the New Halloween

Watch the wicked trailer below and pray for forgiveness.

On September 7, pray for forgiveness. #TheNunMovie