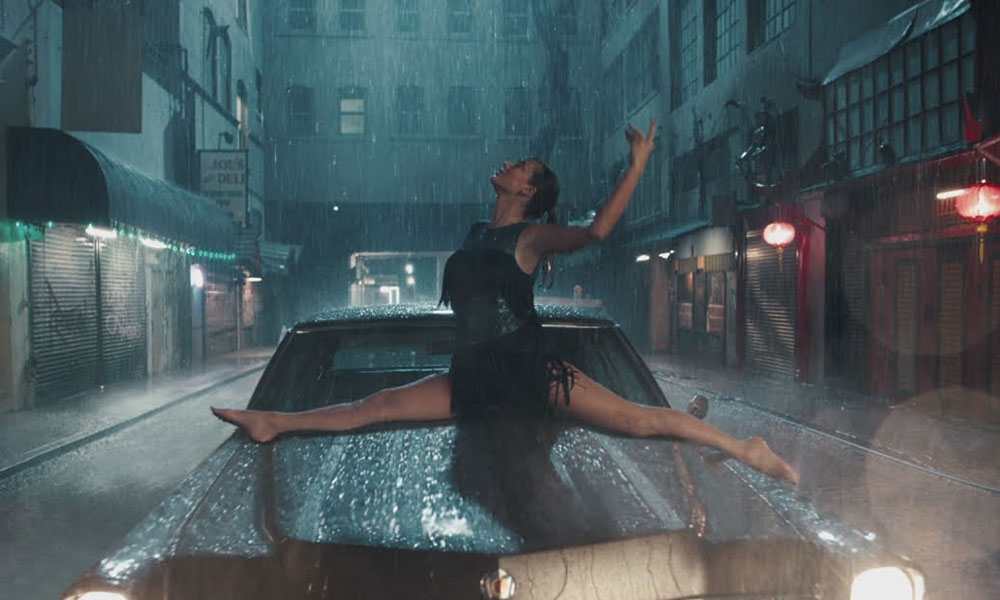 At Sunday night’s iHeartRadio Music Awards, Taylor Swift gifted her fans with the music video for “Delicate.” The video features Swift, encircled by cameras and spectators, receiving a mysterious piece of paper that renders her invisible. With her newfound invisibility, Swift is free to dance around a nameless city in a retro-fringed gown without scrutiny.

The video, directed by Joseph Kahn, is classic Swift; she twirls in the rain and makes goofy faces in the mirror. The choreography falls somewhere between solemn and melodramatic, but somehow it makes the video that much better. While we love Swift for her dexterity in music, we’re obsessed with her obvious affection for gay adult film performers.

The “Delicate” music video features Randy Blue performer Kevin Falk in a high-profile role as one of Swift’s bodyguards. Unfortunately, Falk’s appearance is modest by Randy Blue standards; he spends the entire video in a suit. Falk probably snatched the role because he works as security in real life.

Kevin Falk is our Man Crush Monday. Watch him screw Travis James in full for free at http://www.randyblue.com/free-tube/gay-porn-star-travis-james-and-straight-body-builder-kevin-falk-suck-each-other-off/1610 #randyblue #freetube

At the iHeartRadio Music Awards, Swift won the award for Female Artist of the Year but couldn’t accept it in person. So, instead, she dropped the clip for “Delicate,” which you can watch below.