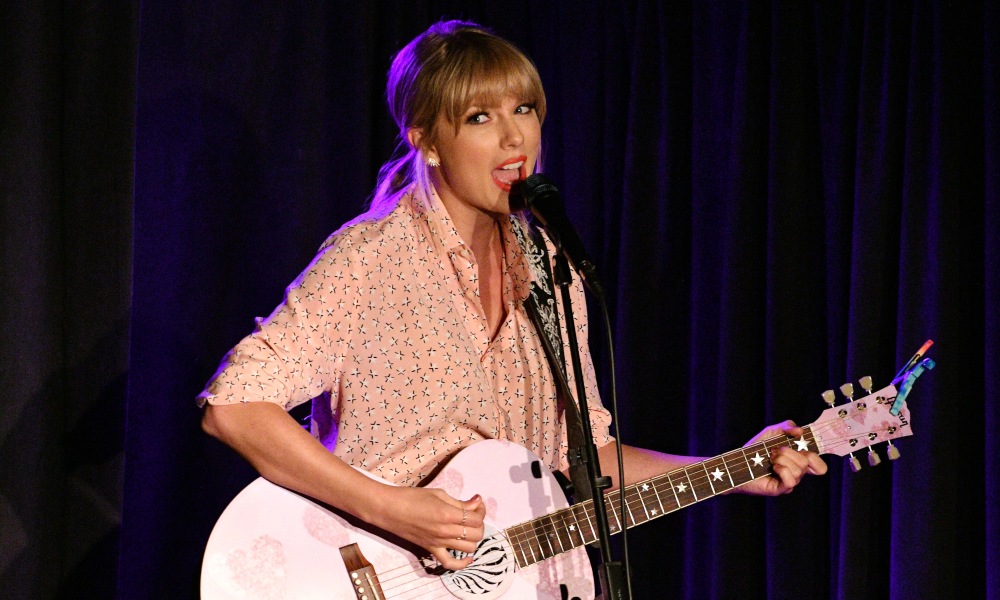 Early Friday evening, Taylor Swift surprised the crowd at the iconic Stonewall Inn in New York City to perform her hit single “Shake It Off.”

The impromptu performance came during a Stonewall Gives Back Initiative’s (SIGBI) concert produced by AEG Worldwide and hosted by actor Jesse Tyler Ferguson. Swift, who wasn’t included on the evening’s billing, was joined by out performers Lea DeLaria, Vincint and Gavin Creel, as well as singer and songwriting ally Sara Bareilles.

“I heard that this is Jesse’s favorite song to do at karaoke,” Swift said to the packed house. “So if there’s anything you feel like you want to jump in on, if there’s like, your part that you’re really good at, then, just sing, dance, just be yourself. This is a really safe space.”

After her song, she wished the crowd a “happy pride month,” and was then whisked off by her security.

Before Swift performed, AEG presented Stonewall with a $50,000 check to support its SIGBI development of an LGBTQ anti-bias training standard in conjunction with anti-bias training experts. The standard is designed to ensure that all people are treated equally in public spaces regardless of gender, gender expression, or gender identity.

Earlier on Friday, AEG and SIGBI partnered with Hawkins Mikita, Spring Place and Tie the Knot and hosted the first ever annual SIGBI Summit that featured a panel discussion with activists and prominent voices from the LGBTQ community.

Swift herself has been a prominent ally to the LGBTQ community, especially as of late. She began Pride Month by penning an open letter to Tennessee’s Republican Senator Lamar Alexander in support of the Equality Act, an expansion of the Civil Rights Act that prohibits employers from discriminating against anyone because of their sexual orientation and/or gender identity.