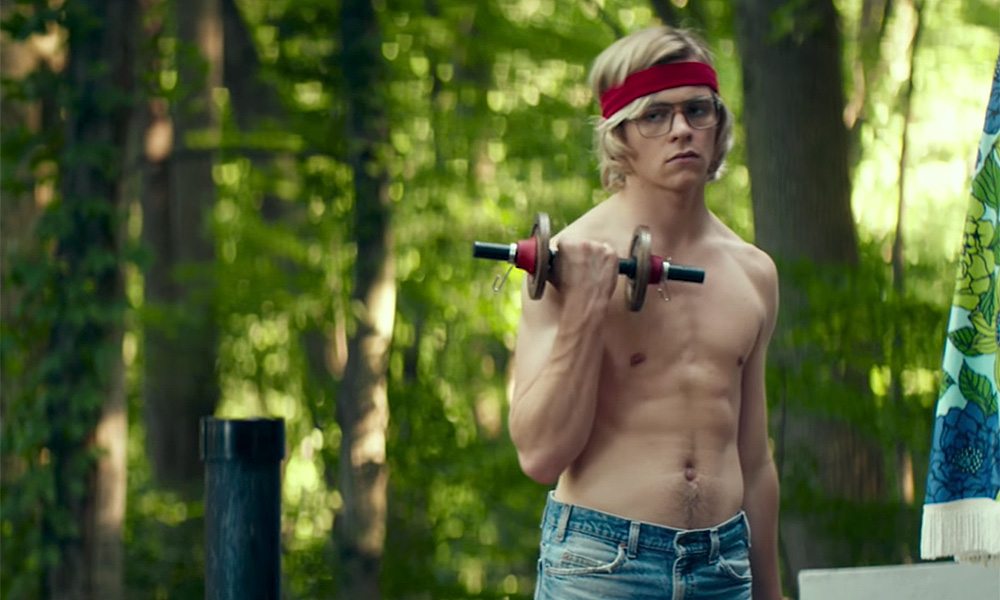 Everyone knows the disturbing story of cannibal serial killer Jeffrey Dahmer. Between 1978 and 1991, Dahmer slaughtered and devoured 17 men and boys in Wisconsin and Ohio. Eventually, authorities convicted Dahmer of the crimes, and he was ultimately killed in prison.

While his tale is notorious, Dahmer’s pre-cannibal life is, for the most part, a mystery. Well, it was until his childhood friend, John “Derf” Backderf, recounted “the story before that story ” in a graphic novel published in 2012.

In the eponymous graphic novel, Backderf creates a surprisingly compassionate portrait of a troubled teenage Dahmer. He’s depicted as a bashful goofball who never truly fit in with his classmates. In 224 pages, the author describes his teenage friendship with Dahmer while attending Eastview Junior High and Revere High School. The story follows the serial killer from age 12 to the day he murdered his first victim two weeks after his high school graduation.

The graphic novel received mixed reviews, but its narrative attracted Hollywood and resulted in the film adaptation, which premiered at the 2017 Tribeca Film Festival on April 21, 2017. Following its debut, Variety Chief Film Critic Owen Gleiberman wrote a colorful column on the film:

“The premise of My Friend Dahmer — a year in the life of Jeffrey Dahmer (Ross Lynch), the gay cannibalistic serial killer, back when he was a misunderstood high school kid — makes it sound like the indie-hipster version of Bates Motel: a ‘sensitive’ prequel to the madness to come. To be sure, the dementia the movie shows us is totally in its embryonic form. Jeffrey, at 17, likes to take road kill and dissolve it in jars of acid he gets from his chemist father, and his surly blank stare gives new meaning to the term ‘teenage outcast.’ … It’s a serious and audacious attempt to dramatize the inner life of a sick puppy when he wasn’t quite so sick.”

Gleiberman continued, “My Friend Dahmer is the movie that Gus Van Sant’s Elephant wanted to be: a humanizing dissection of teen psychosis. The movie says, implicitly, that if Jeffrey felt like he could express his sexual feelings, he might have found a different path. He’s all bottled up, like Norman Bates; he can’t tolerate the desire that he perceives — correctly — the people around him can’t tolerate.”

“The fact that Ross Lynch is so handsome, that he looks like a star, becomes part of the movie’s aesthetic. Jeffrey Dahmer, maniac that he was, was handsome too; an element of his insanity is that he couldn’t see it. Of course, one can take this sort of thing too far, but My Friend Dahmer doesn’t. It sees Jeffrey Dahmer for what he was: a young man who could express himself only through the most hideous violence. Yet it shows you that what he had to express was real.”

Watch the haunting trailer below.