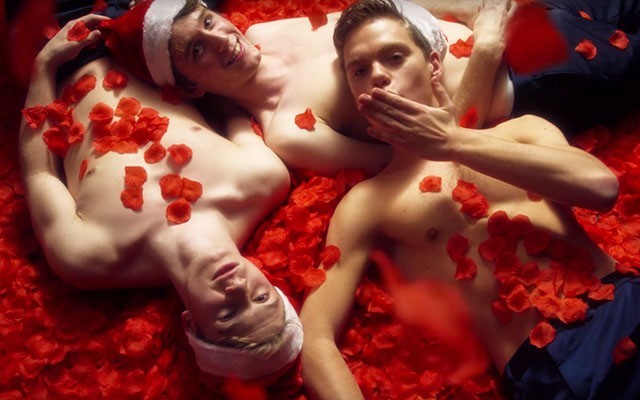 Out of the Blue is Oxford’s all-male a cappella group that went viral with its rendition of Shakira’s “Hips Don’t Lie.”

The group found fame in 2011 when its members reached the live semi-finals of “Britain’s Got Talent.” This year, the group is ready to stuff your stalking with their newest charity single “Santa Baby.” According to Huff Post, the group’s president Deon Fang said, “After the success of ‘Hips Don’t Lie’ and ‘All I Want For Christmas Is You’, ‘Santa Baby’ is perfect for us because we don’t take ourselves too seriously.”

The proceeds from “Santa Baby’ benefit Helen & Douglas House, the world’s first children’s hospice. Fan added, “To help raise money for them with these videos is such an honor!”

Watch the video below, and if you can’t donate, share the video with your friends and family.