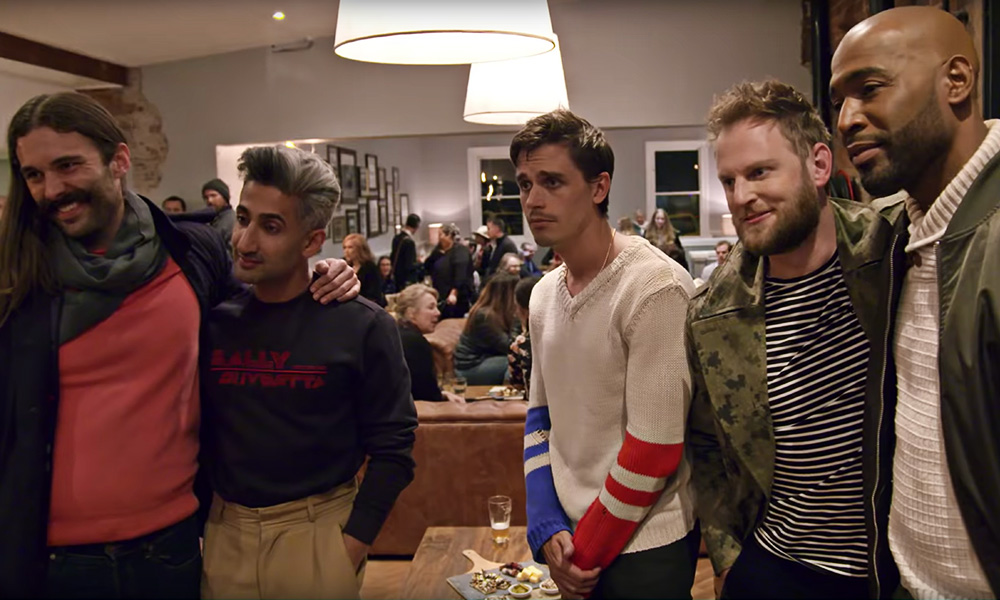 If you have already binged the second season of Queer Eye, don’t worry; there’s more. In a new 20-minute episode shared by Netflix on YouTube, Antoni Porowski, Tan France, Karamo Brown, Bobby Berk and Jonathan Van Ness take their makeover show down under. The favorite Fab Five took a trip to the town of Yass (yaaas, it is a real place) in New South Wales, Australia to meet two men in desperate need of a makeover.

“Here’s the thing: I think because Australia just legalized same-sex marriage, it’s only fitting that we would sweep into a gorgeous little town and create a gorgeous community moment,” Van Ness says.

First up is farmer George, a 50-something single father of three, who was nominated by his son Levi. At first, it looks like the Fab Five have a real challenge on their hands; George doesn’t even feel comfortable hugging the guys.

“I do not think George has ever had four American gay men with one gorgeous Pakistani Brit ever come at him so aggressively for cuddles,” jokes Van Ness.

Meanwhile, Antoni and Bobby refresh a rundown bistro, with Bobby remodeling and Antoni revising the menu, before welcoming the whole town for a re-grand opening. Like most episodes of the hit show, it ends with a tender father-son moment and a hearty helping of happy tears.

Grab your tissues and watch the new episode below.