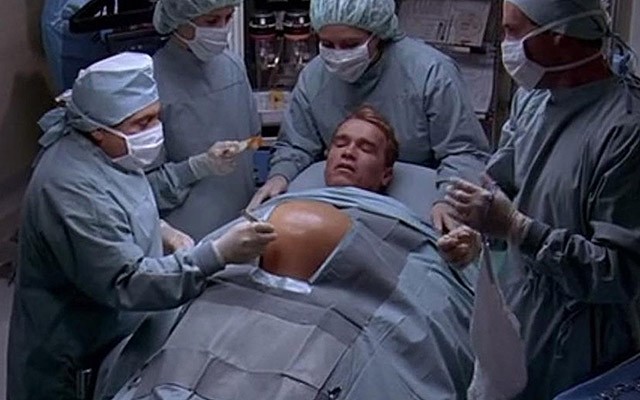 Baby? Maybe. According to some serious scientific advances, men may soon be able to carry their own kids. No we aren’t kidding (no pun intended).

While the procedure has yet to be performed on a male specimen, the Cleveland Clinic is currently performing uterine transplants on women, which many believe could be replicated in men. Don’t believe us? Maybe you’ll believe Dr. Karine Chung who says the operation could be conceived within the next decade and explains why it’s reasonably possible.

“Today, medical advances let transgender women adjust their biochemistry to suppress male and introduce female hormones, have breasts that can lactate, and obtain surgically constructed vaginas that include a ‘neoclitoris,’ which allows sensation.”

According to a Yahoo report regarding the procedure, it isn’t going to be easy:

“Biological women have a leg up on biological males when it comes to accepting and nurturing a transplanted uterus. Women already have: vasculature needed to feed the uterus with blood, pelvic ligaments designed to support a uterus, a vagina and cervix, and natural hormones that prepare the uterus for implantation and support the pregnancy.”

Dr. Chung isn’t too worried about how the womb because where there’s a will, there’s a way. Chung says, “Male and female anatomy is not that different,” he added, “Probably at some point, somebody will figure out how to make that work.”

All right, all right. It’s all very exciting, but one question. You can get it in, but can you get it out?