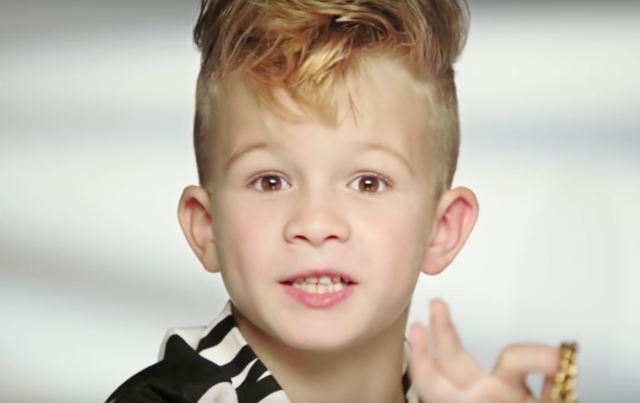 In the beginning of the commercial, three kids play with Moschino Barbie, and each says something they love about the doll. When the camera pans to the little boy, he says “Moschino Barbie is so fierce!”

This glamorous Barbie is breaking records and gender norms. At the end of the video, Barbie’s cell rings, and the boys says, “It’s for you, Moschino Barbie.”

Traditionally, boys who played with Barbie’s are teased over their toy preferences. The commercial below is a push in the right direction. When a little boy stars in a Barbie commercial, you know it’s going to fierce and she is!