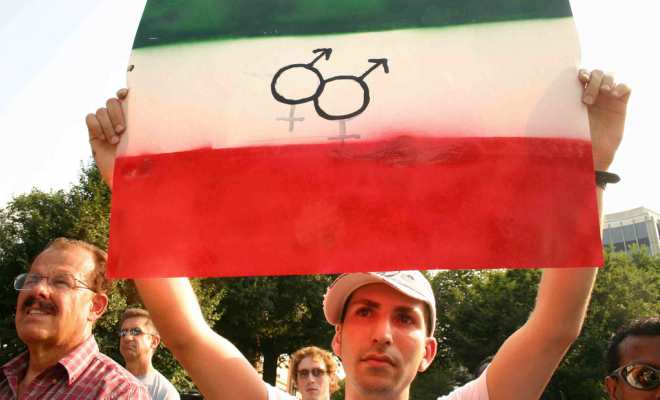 On November 4, 1979,  52 American diplomats and citizens were taken hostage at the US Embassy in Tehran. Muslim student-followers who supported the  the Iranian Revolution held their hostages for 444 days. That was the beginning of the United State’s legal actions that resulted in the current economic sanctions imposed on Iran. But, what caused the conflict?

The nature of the Iranian regime is anti-diversity, anti-freedom, anti-women, anti-gay, anti-Israel, anti-American and anti-everyone-who-isn’t-Muslim. The constitution of Iran is a directive to continue the revolution of Islam-worldwide. This directive is coded into Iranian DNA and they take it very seriously. Believe it. Here are five things you need to know!

1. They hate us. Why?  Well, sanctions partially

The Iranian economy has suffered a 35-year fast and the Iranian regime blames the United States and Israel for the suffering, poverty and economic starvation.  In a nut shell, the Iranian regim hate us, they believe Allah hates us, and they won’t stop until we’re all converted to their version of Islam or dead (which may be preferable).

2. Iran has a fanatical and irrational military

The Iranian Revolutionary Guard is the muscle of the regime. T are the bad-asses responsible for the recent “mock” USS Nimitz attack in February 2015, and a library of YouTube videos of burning Western icons and blowing-shit-up while fist pumping and chanting “Death to America! Death to Israel!” The IRG is an elite group of fanatically ideological military personnel, which has developed into a multibillion-dollar business empire. The members of the IRG have been so indoctrinated by this brand of Shia Islam; many of its members fantasize about dying. You can’t fix that kind of crazy.

Iran’s constitution is a radical, revolutionary directive by the Ayatolla Khomenei’s brand of Shia Islam. Essentially, the world must convert or die.  Iran’s faith-based, ideological, constitutional goals are served by the Iranian Revolutionary Guards and the Army of the Islamic Republic. These armies are responsible for not only guarding and preserving the frontiers of the country, but also for fulfilling their ideological mission. This is the Ayatollah Khomeini’s vision of God’s plan, and you’re in it, baby.

4. They think free speech is annoying

Under Sharia law, here’s a rule-if-you-want-to-live by: no blasphemy. Blasphemy in Islam is defined as any form of cursing, questioning or annoying God, Muhammad or anything considered sacred in Islam. Punishments range from imprisonment, flogging, fines, amputation, hanging or beheading. Several Muslim nations have petitioned the United Nations to limit “freedom of speech” because “unrestricted and disrespectful opinion against Islam creates hatred.” Hundreds of people, often members of religious or sexually oriented minorities, are being lynched, killed and incarcerated in Muslim nations on flimsy accusations of insulting Islam. Being gay by nature is an insult to Islam, which is why LGBT rights in Iran are nonexistent.

Since the 1979 Islamic Revolution, 4,000 lesbians and gays have been beheaded, hanged, chopped in two, stoned to death, burned alive or thrown from to their deaths. Gay men (and women) naturally exist in Iran as in any other country, but the community is veiled by shadows, secrets and fear. So, if you’re planning a holiday to the Middle East? Brush up on this gay travel advisory from the United Kingdom’s official government site before you go!

“Homosexual behavior, adultery and sex outside of marriage are illegal under Iranian law and can carry the death penalty. Islamic law is strictly enforced in Iran. You should respect local traditions, customs, laws and religions at all times and be aware of your actions to ensure that you do not offend other cultures or religious beliefs.”

Western culture has a really hard time accepting the Iranian worldview and the Islamic Revolution Machine. We don’t get it. We may not even believe it. It was once thought that no one could or would do what Hitler’s war machine clearly did. But we believe it now.

In the April 7, 2015  NPR interview President Obama made a statement about Iran’s current state.

“The notion that we would condition Iran not getting nuclear weapons in a verifiable deal on Iran recognizing Israel, is really akin to saying that we won’t sign a deal unless the nature of the Iranian regime completely transforms. And that is, I think, a fundamental misjudgment.”

Watch the full interview below!

[Tweet “Curious about #LGBT rights in Iran? Here are 5 things you need to know!”]