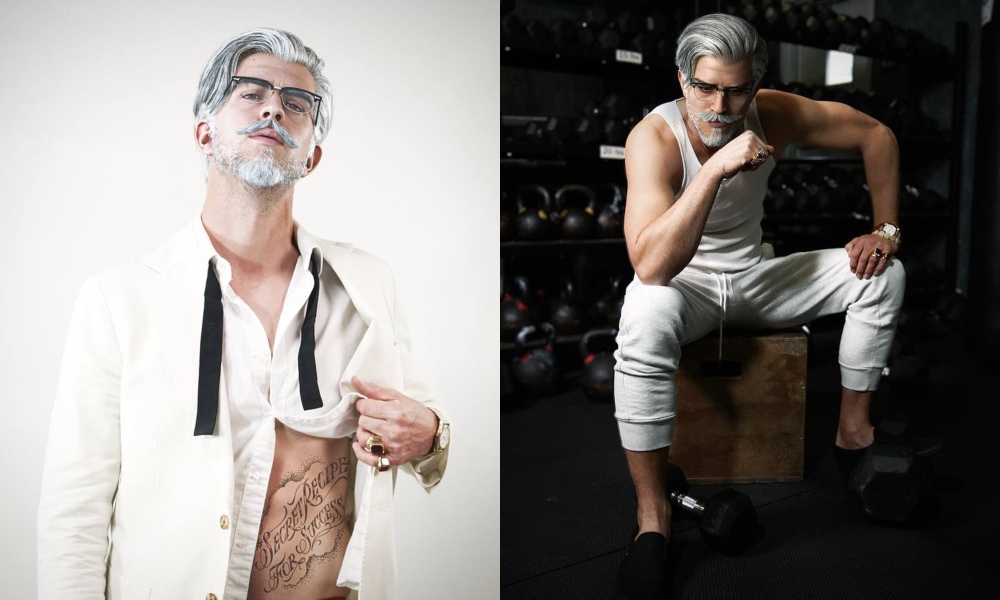 Although Chick-fil-A has been making headlines for all the wrong reasons, KFC just stole the spotlight for the best reason. The fried chicken restaurant sent the Internet into a frenzy when it debuted the new Colonel Sanders complete with six-pack abs and perfectly placed tattoos.

Although the new Colonel Sanders is a CGI character, he looks unbelievably realistic. The Colonel took to Instagram in a faux influencer fashion writing, “I may be a restaurant mogul and international inspiration, but I’m still just a kid who loves being in the kitchen. #humble It’s important never to lose sight of the things that make you who you are. For me, it’s being in the kitchen and making amazing fried chicken.”

He continued, “That’s what got me here, and I never want to lose that young and hungry Colonel who spent all his time perfecting fried chicken. I’m still that kid who straps on an apron and makes fried chicken. And I’ll never lose that part of me. Never lose the things that make you who you are.”

KFC’s new leading man even has a hashtag, #secretrecipesforsuccess, which tattooed across his delicious abs.

One thing is sure; Colonel Sanders looks good. So good.