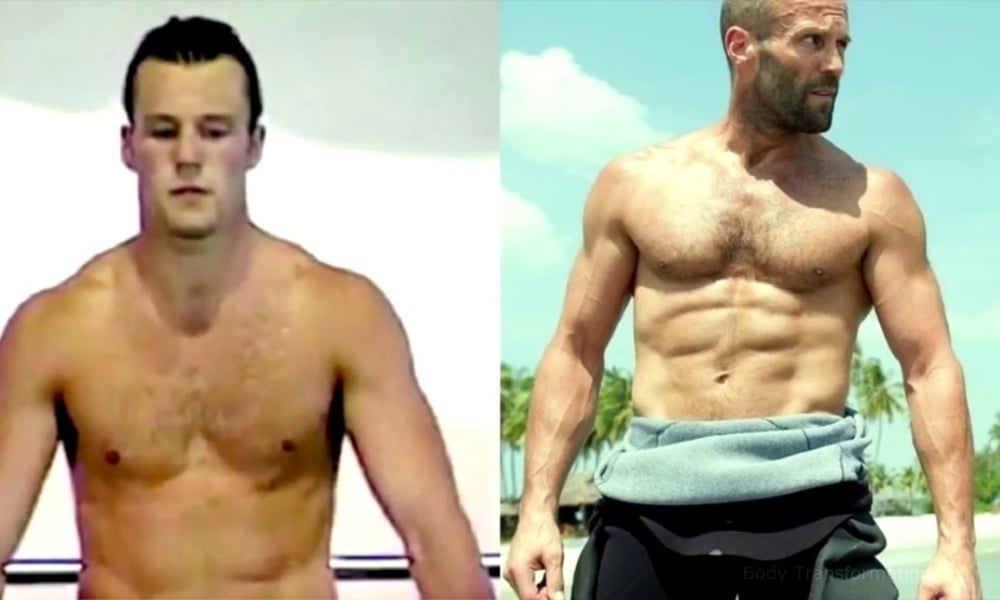 Did you know action star Jason Statham was a professional diver … or that he once had hair? Neither did we, but we are into it. Between the speedo, six pack, and smirk, Statham is giving us a semi.

During the late eighties and early nineties, Statham spent more than a decade diving on the British National Swimming Team before retiring from the high dive. Don’t worry, Statham wasn’t out of work for long, he then began modeling for numerous designers including Tommy Hilfiger and Levi’s before being cast by Guy Ritchie in his first feature film role.

We’ve seen Statham in a lot of roles, but this short diving video has to be our favorite scene so far.