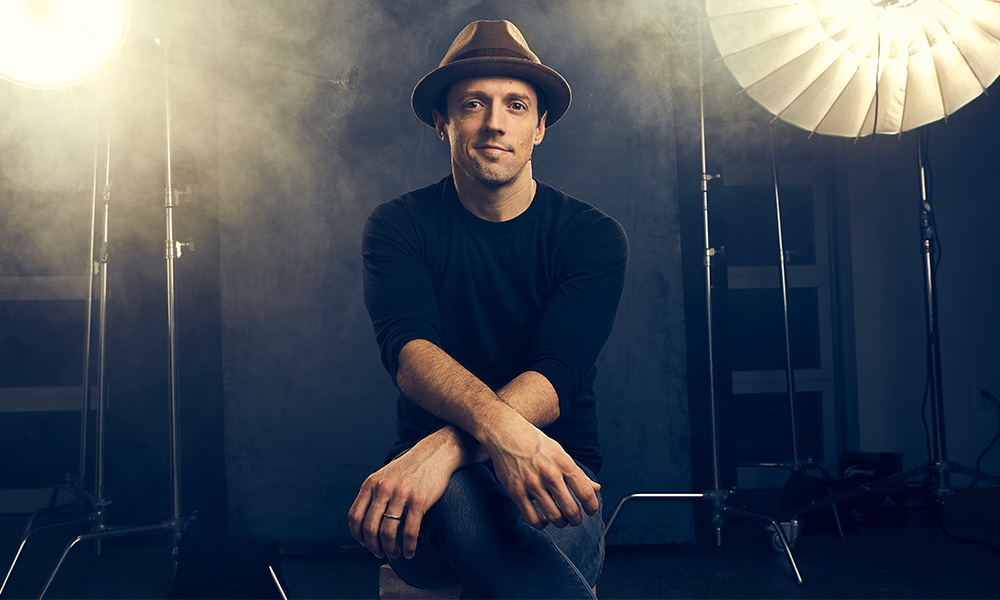 Folk-pop superstar Jason Mraz may have come out as bisexual in a poem.

Jason Mraz has quietly garnered a diverse and massive fan base throughout the world. Since starting his career in various coffeehouses around San Diego, Mraz offers positivity through his soulful, folk-pop music. His energy captivated listeners through energetic recordings, entertaining live performances and his philanthropic efforts.

On his journey, Mraz has received platinum awards for his various releases. He made pop history with his record-breaking singles, “I’m Yours” and “I Won’t Give Up,” racked up two Grammy Awards, and won the coveted Songwriter Hall of Fame Hal David Award.

Mraz has sold out arenas and amphitheaters around the world, including sell-outs at famous venues such as The Hollywood Bowl, Madison Square Garden and London’s O2 Arena. Notwithstanding his amazing accomplishments, Mraz is first and foremost an engaged global citizen and a supporter of equality. In fact, Mraz may be more than an ally of the LGBTQ community.

As part of Billboard’s “Love Letter to the LGBTQ Community” series, Mraz released a statement that many of his fans interpreted as his coming out as bisexual.

In his “Love Poem to the LGBTQ Community” entry, Mraz writes:

Dear You,
Thank you.
You have inspired me.
Re-wired me.
You showed me what strength is.
You demonstrated courage over and over again.
You risked so much for love.
You never compromised your expression
Even when
Your rights and freedoms were being compromised.
You stood up for me.
You stood up for the world.
And now the world is better because of you.
We still have a long way to go
But know
I am bi your side.
All ways.

Many of his LGBTQ fans are theorizing that the pun is Mraz’s understated way of opening up about his sexuality. Furthermore, some have speculated that the use of the term “All ways” instead of “always” could be a crafty way of saying that he’s fluid.

Mraz and his wife, Tristan Prettyman, have long supported marriage equality, LGBTQ rights and the community. They were one of the famous couples who declined to get married until same-sex partners could do the same. At a concert in 2011, Mraz told his audience, “We can’t get married until [same-sex] marriage is legal and equal … I think giving people the right to marry will be a huge movement in civil rights.”

Mraz has yet to comment on his alleged coming out, but his fans are excited by the mystery.

jason mraz has been hinting about being bi off and on for the entire time i have been aware of him and it is only on this day in 2018 that i am finally connecting the dots and looking at myself and going….. oh. that explains a lot.

Jason Mraz coming out as bisexual would just be like, so important to me… y’all don’t even know.