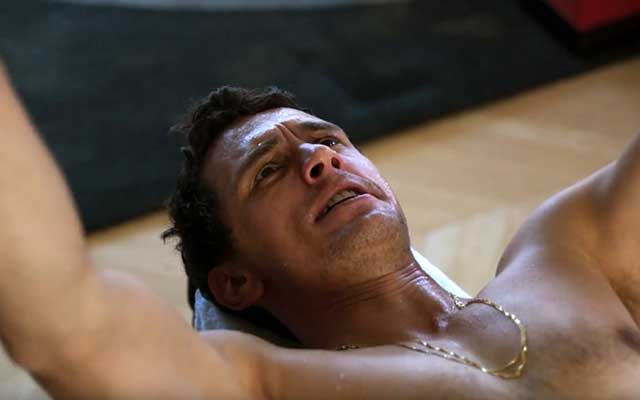 James Franco has been making headlines around the world for his upcoming queer drama King Cobra, which debuted at Tribeca last weekend. Since its premiere, the filmmakers released a steamy new teaser showing Joe (Franco) and Harlow (Keegan Allen) working up a sweat.

In the clip, Franco bench presses his way to a chiseled chest while Allen works on his biceps. Franco’s character shouts repeatedly shouts “No little bitches,” and then they chug a couple of protein shakes and admire themselves.

King Cobra follows the life of adult film actor Sean Paul Lockhart (aka Brent Corrigan) and his relationship with Stephen, a producer based on Bryan Kocis ( the producer who made Brent famous). If you’re familiar with the story, you know it doesn’t end well. Watch the steamy new teaser below!