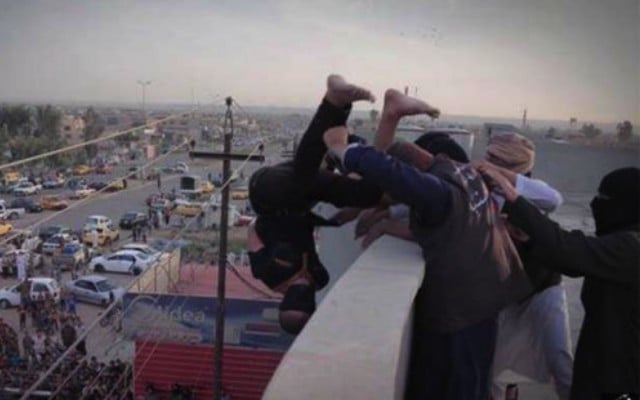 Militants of the Islamic State (ISIS) threw a teenage boy to his death in the Syrian city of Deir ez-Zor. The 15-year-old was arrested by ISIS for being gay and executed in front of a large crowd.

According to ARA News, media activist Sarai al-Din said, “The boy was accused of being engaged in a homosexual relation with the prominent ISIS officer Abu Zaid al-Jazrawi.” During the execution, Abu Zaid al-Jazrawi was stripped of his title and expelled to Iraq. Al-Din added, “Abu Zaid was forced to leave Syria and join the fighting fronts in northwestern Iraq. The decision has been taken by the ISIS leadership.”

According to Sharia Court law, gay men will be executed by throwing them from the top of the tallest building the city where the offense took place. It is estimated that at least 30 gay men have been executed in the last year.