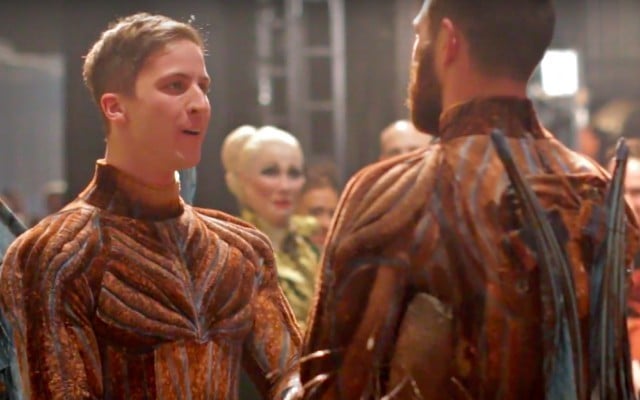 When you think of flying monkeys, it’s probably unpleasant. In Wizard of Oz and Wicked, they’re the terrifying henchmen of the Wicked Witch of the West. But, the video below proves flying monkeys can be sweet and loving.

It's official. He said yes! @joshdgreen and I were engaged on the Gershwin theatre stage on 12/25/15. I'm marrying my best friend! Thanks to the WICKED family and the GREEN family (?) for all your help, love and support. Video in profile!

Josh Daniel Green, who plays a flying monkey in Wicked on Broadway, and his boyfriend Daniel Robinson, another flying monkey, became engaged after the curtain call on Christmas. Robinson surprised Green with a wickedly romantic proposal on the Gershwin Theatre stage.

Watch the magical proposal below!