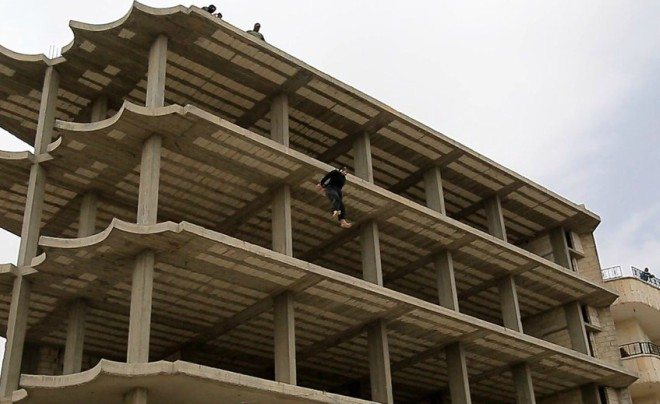 According to Iraqi News, ISIS murdered four men who they presumed were gay, and two of the men were members of ISIS. The execution occurred on Saturday in the northern city of Mosul, which has been controlled by the Islamic State of Iraq and the Levant (ISIL) since June 10, 2014.

In the report, the ISIS executed the men following “charges of homosexuality and sodomy.” In ISIS-controlled territories, men who are suspected of being gay are often killed publicly with or without proof.

In this incident, ISIS blindfolded the men and shoved them off of the top of a tall building, while a crowd gathered to watch the men die. Iraqi News explained, “The execution was carried out by throwing the men from the top of a former insurance company building.”

After their killings, ISIS transferred the victims’ bodies to Al-Khasfah hole and dumped their bodies onto a pile of corpses.