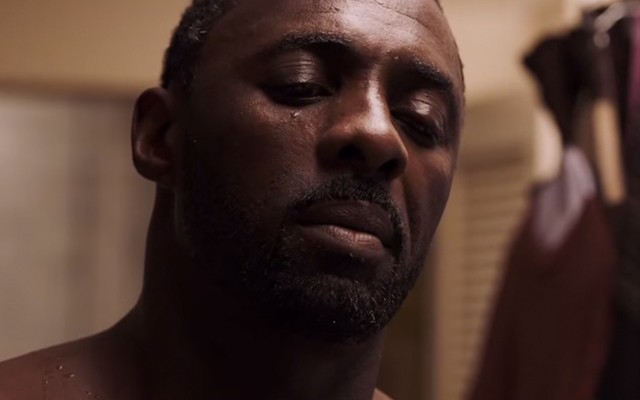 In a recent interview with Maxim, Idris Elba (aka the first Maxim man) bared it all. The 43-year-old actor talked about his family, film career and speculation that he’s extremely well endowed.

In response to a paparazzi photo that allegedly showed Elba’s baton, Journalist Andrew Goldman asked, “When a paparazzi photo of you emerged that made it look like you were packing an English cucumber in your pants, you corrected the record and said it was a mike wire. Why not just go with it?” And Elba responded perfectly.

“What am I gonna say? I’m not gonna go out there and pretend that I have a 12-foot dick. It’s just not how I was raised, you know what I mean? For a minute, the rumor was great. I saw my Twitter account rise. I was like, What is this popularity? Oh, oh, I see, it’s ’cause they think I have a massive penis. But we all had fun with it. I certainly did.”

This isn’t the first time Elba’s discussed his man parts, and we certainly hope it’s not the last. In January 2014, he tweeted about manhood…

My Bow makes my dick hard every time I smile…is that normal? pic.twitter.com/AI6k9TOGmu

And, even Perez Hilton expressed delight.

For more on Elba, watch the video below and read the full interview on Maxim.