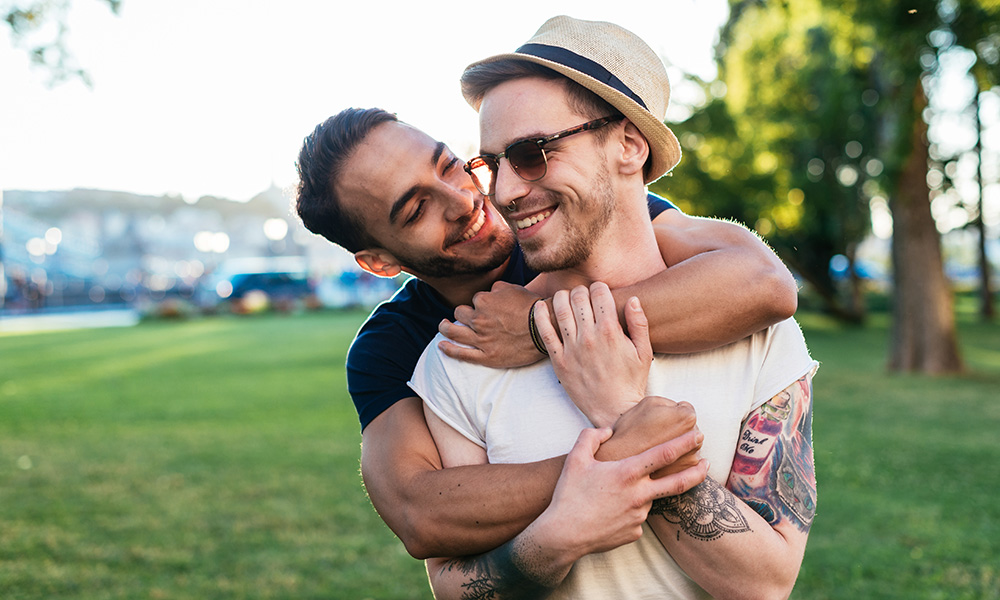 Everything you should know about fighting for LGBT equality.

When I came out as gay in my sophomore year of college, I absolutely loved going to Tigerheat — a kitschy 18-and-over gay club in Los Angeles. I mostly remember my nights there as frivolous fun, but they also had deeper meaning. That’s where I first learned how to openly and unabashedly celebrate being gay.

I danced wildly to Britney Spears in the fog and strobe lights, made out with beautiful men and bonded with college friends who came along. After hiding my sexual orientation for nearly a decade, those moments liberated me. After isolating myself from other gay people for years, I was suddenly surrounded by them. Those nights had special meaning to me as someone exploring my newfound identity as an openly gay man.

Such memories make me especially disgusted that a gay club has become the site of one of the U.S.’s deadliest mass shooting ever. An assailant who apparently hated gay people shot over 100 people at the Orlando gay club Pulse. A space created as a respite from discrimination had turned into the setting for a horrific nightmare.

Related | Out on the Screen: 50 Years of Queer Cinema in Britain

As this massacre reminds us, violent hatred toward lesbian, gay, bisexual and transgender (LGBT) people still remains in the United States. LGBT people also still do not have full equal legal rights under U.S. law, despite winning marriage rights, and face daily stressors and fears that others do not. Fortunately, however, social science research has begun to identify concrete actions to durably erode such hatred and create environments inclusive to LGBT people.

LGBT people are more likely than any other minority group, including black people and Muslims, to be targeted in a violent hate crime, according to a 2011 Southern Poverty Law Center analysis of FBI statistics. LGBT people of color face particularly high rates of violence. For instance, at least 21 transgender women were murdered in the U.S. in 2015, and 19 of those 21 were women of color.

The injustices against the LGBT community extend well beyond unconscionable, violent hate crimes. For instance, in a large 2013 national survey of middle school and high school students, 65 percent of LGBT students reported hearing homophobic remarks like “fag” or “dyke” frequently or often, and 30 percent missed at least one day of school in the previous month because they felt unsafe or uncomfortable.

Compared to the general population, LGBT people also face higher rates of homelessness, depression and suicide, especially among transgender people. For instance, national surveys estimate that between 25 and 43 percent of transgender adults have attempted suicide at some point in their life, compared to 10 to 20 percent of LGB adults and 5 percent of the general U.S. population.

Though declining over time, homophobic attitudes are still with us in the U.S. For instance, according to Gallup poll data, 37 percent of Americans still view “gay or lesbian relations” as morally wrong, compared to 53 percent of Americans in 2001. And despite this modest decline in explicitly stated homophobia, seeing two men or two women kiss still disgusts many people — even well-intentioned people — at an implicit, automatic level.

Anti-LGBT bias intersects with others

These harsh realities remind me how much of a protected bubble I live in as a young white cisgender male graduate student living in Chicago’s largest gay neighborhood. Being physically attacked for my gender presentation or even my sexual orientation is not a daily fear for me, but it can be for transgender people simply trying to use the bathroom.

Multiple factors such as gender, race and geographic location intersect to shape prejudice in complex ways. For instance, as photographer and writer Samra Habib described, many queer Muslims not only fear homophobic attacks but also “have to take extra care walking down the street at night and entering [their] mosques for fear of Islamophobic attacks.”

The racial targeting of the Orlando victims also can’t be overlooked. The assailant who reportedly hated races and religions other than his own attacked the gay club on its “Latin Night.” The victims, including Edward Sotomayor, Amanda Alvear, Eddie Jamoldroy Justice, Deonka Deidra Drayton and too many others, were primarily Latino, Hispanic or black.

One positive outcome of this tragedy is a sharp, rude awakening that the fight for full LGBT equality is far from over. Even members of the LGBT community such as myself can at times forget and become complacent about this reality.

Part of the fight can be won through policy change. Despite the Supreme Court’s historic gay marriage ruling in June 2015, LGBT people still do not have equal legal rights in the U.S. For instance, in 28 states, private employers can still legally fire employees based on sexual orientation or gender identity. Those same 28 states also provide no explicit protections against LGBT discrimination in housing; that’s especially dismaying because large field experiments have found bias against gay couples inquiring about apartment rentals and senior housing.

A proposed bill in Congress called the Equality Act would amend the 1964 Civil Rights Act and ban LGBT discrimination in employment, housing, public education, access to credit, jury service and public accommodations such as restrooms and stores in all 50 states and Washington, D.C. Over 85 percent of Democratic members of Congress have formally endorsed the bill, but Republicans have actively blocked it.

If enacted, such policy changes could have cascading effects on attitudes and behaviors. For instance, a 2013 study in Texas found that city-level bans on employment discrimination based on sexual orientation made employers treat presumed gay applicants more favorably in a real or mock interview hiring context.

Those laws influenced behavior not because employers feared punishment, the study’s researchers argued, but instead because the laws set the morals of the community. “Even absent any possibility of tangible punishment, legislation may reduce a given act (discrimination) simply by designating it as illegal, criminal, or deviant,” the researchers suggested. However, researchers haven’t yet empirically verified this psychological mechanism in this context.

Everyday citizens can fight for LGBT equality by voting for politicians who will push for pro-LGBT policies. However, short face-to-face conversations can also help durably change LGBT attitudes. Although scientists have been suspicious about such claims because of an earlier scandal involving faked data, other independent researchers with new data are finding real results.

In a recently published study in Science, 10 minutes of conversation about transgender rights reduced transphobic attitudes for at least three months. In the study, 56 canvassers knocked on the doors of 501 voters in Miami.

To avoid effects that are only short-lived, as found in some prior studies, canvassers actively engaged voters in conversation about voters’ personal views and experiences. For instance, voters were asked to consider a time in which they were judged for being different and then consider how transgender people might encounter similar experiences. Compared to passively listening to well-rehearsed arguments, such active learning approaches have often been far more effective at durably reducing prejudice.

This study’s results should be reproduced before they are considered robust. However, if they do replicate and transfer to other prejudices, this method of engaging in conversation and taking others’ perspectives could be a powerful antidote to hatred and ignorance.

The Orlando massacre has left me heartbroken. The hard data further serve as a sober reminder that full LGBT equality is still in the future. However, at the same time, my ability to influence policy by voting in November and change hearts by reaching out to others gives me strength. Scientific studies such as the new one about transphobia give further hope that the hatred toward the LGBT community will erode over time.

David Miller is a Doctoral Student in Psychology at Northwestern University.