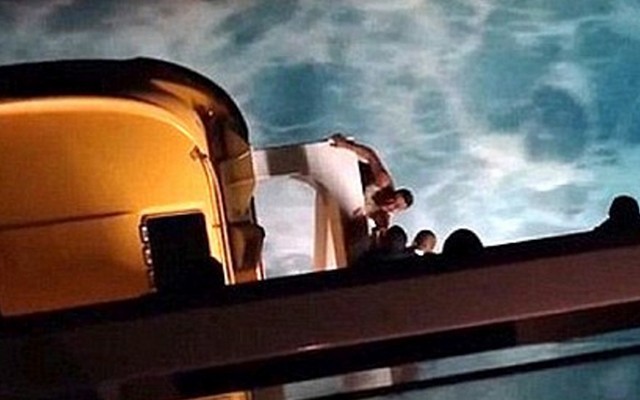 Last week, 35-year-old Bernardo Albaz fell off the Royal Caribbean cruise ship Oasis of the Seas while on vacation with his family and husband. According to Albaz’s family, homophobic members of the cruise line’s staff harassed him at the bar. Apparently, they tormented him because of his sexuality.

The issue escalated and resulted in Albaz falling onto a lifeboat, and ultimately open ocean. According to Daily Mail, the incident occurred at approximately 1:00 a.m. At this time, the United States Coast Guard is expanding their search to nearly 1,000 square nautical miles.

The moment Albaz fell into the sea was caught on video. In the video, you can hear his husband, Eric, screaming at the cruise ships security guards. The Inquisitr reports:

“The family is blaming the anti-gay remarks made toward Albaz and his husband as the contributing factor to the altercation. It appears that video taken during the horrifying moments leading up to Albaz falling into the ocean may validate the story further. When the video was first released, many commented on the strange dialogue that was taking place. Someone could be heard yelling and calling another person a murderer. The person seemed to be directing their comments to the black-suited staff members that were attempting to bring Bernardo back in from the life boat as he dangled helplessly by his hands. However, when the video was released, reports indicated that the fall was a suicide. The comments seemed strange and out-of-place.”

You can watch the video below. However, some views might find the clip upsetting; viewer discretion is advised.