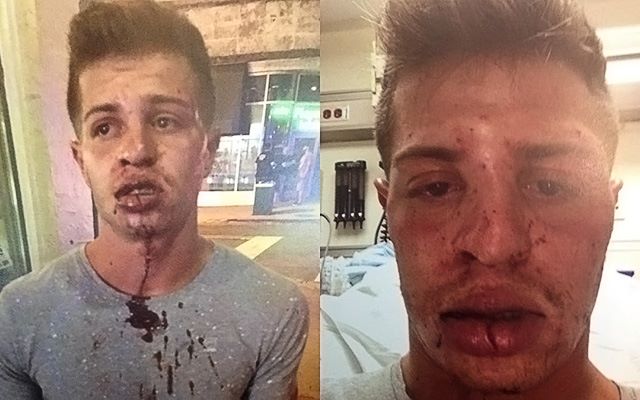 After a kissing at a South Beach Burger King, boyfriends Jordan Schaeffer and Eric Danko were viciously attacked. Schaeffer, 25, was badly beaten by a homophobic assailant while Danko was held back by the attacker’s friends. The entire incident was captured by the Burger King’s surveillance system.

In a phone interview, Shaeffer told CBS Miami, “It was just a simple kiss with my boyfriend. And then right after that kiss, I started walking over and that’s when I was approached by this gentleman. He then started to use derogatory terms such as ‘f**king faggots. Why don’t you show if you’re tough or not you little faggot.’ It all happened so fast once I got slammed to the ground. It’s just kind of a blur.”

With Miami Beach Pride coming up, the bashing serves as a reminder that many people do not accept queer people and homophobia is everywhere. Shaeffer added, “Even just talking about it makes me uncomfortable. We’re in 2016 and especially in a city like Miami Beach, where I thought being homosexual would be pretty accepted, it’s just not right that anyone should suffer.”

Burger King hasn’t commented on the situation, and the police have yet to apprehend the attacker or his friends. Learn more about this story in the video below.