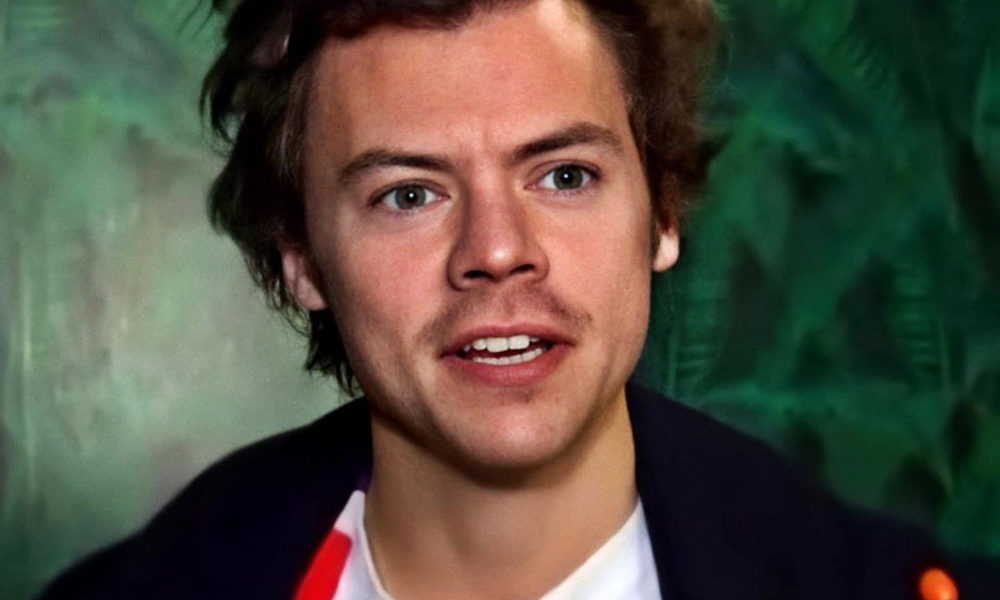 Harry Styles Rocked a T-Shirt With Two Guys Hooking Up

In a new interview with a New Zealand news channel, the journalist talking to the “Watermelon Sugar” singer notices the star’s T-shirt and asks about its bawdy artwork.

“That is what it is,” Harry Styles grins, glancing at the two guys tugging each other’s d—s.

The design is by Keith Haring, a famous openly-gay artist who died from AIDS-related illness in 1990. Styles bashfully smiles and then shows off his shirt to the camera.

“You’ve got a good eye!” the famous LGBTQ+ ally grinned.

If you want the shirt, you can order it here.

I didn’t think I needed a video of Harry Styles saying “safe sex,” but now that I’ve got it I feel completepic.twitter.com/uQEhxCyTpz

Harry Styles Rocked a T-Shirt With Two Guys Hooking Up