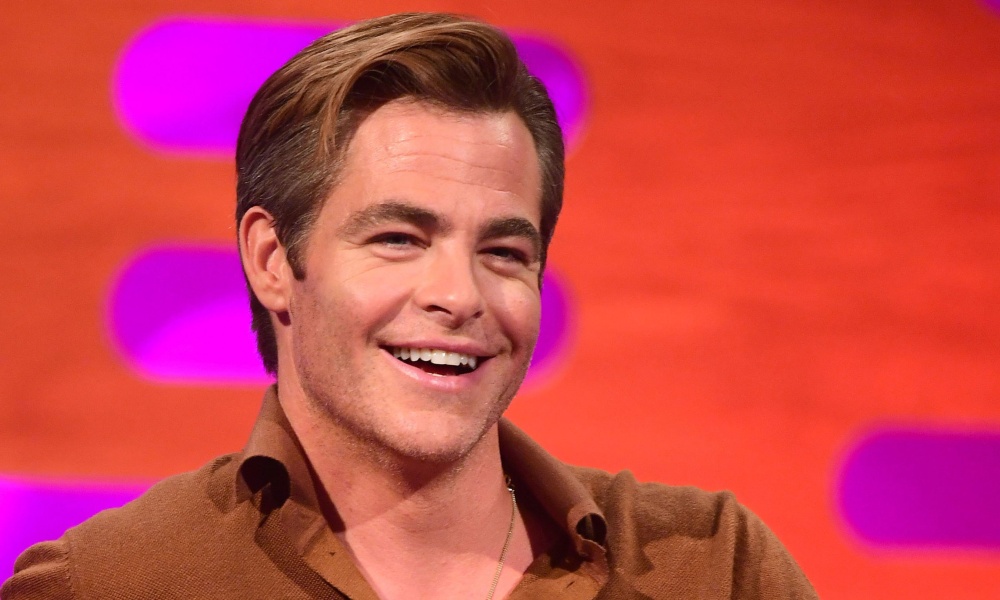 Chris Pine opens up to Graham Norton about THAT scene in Outlaw King.

When Chris Pine‘s pole made an appearance at the Toronto International Film Festival, everyone was fixated on the screen. The actor’s posterior, bush and knob made their debut during a screening of Pine’s latest film, Outlaw King, which will hit Netflix on November 9.

In the film, Pine portrays Robert the Bruce, a Scottish lord in the 14th century who fought for Scotland’s independence. The movie, which secured distribution on Netflix, is co-written, co-produced and directed by David Mackenzie and also stars Tony Curran, Stephen Dillane, Billy Howle, Florence Pugh, and Aaron Taylor-Johnson.

According to those who have screened the film, Pine has two revealing scenes. First, he treats the audience to a lengthy shot of his derriere and untamed lawn. Then, he shows off “his royal tadger” in a scene in which his character goes for a swim.

Related | Why Everyone Is Talking About Chris Pine’s Member

Shortly after the film’s premiere, Pine addressed the excitement in an interview with The Hollywood Reporter, joking, “Well, it was very cold, if I remember; I was on the side of a major highway. So, not exactly the elements I would shoot myself.”

He went on to say that the attention was strange. “I think it says something about our society where people get disemboweled — but it’s the man’s junk that is of interest. And I know that sounds funny, but really, we are just base animals.”

Thirsty fans are in good company; evidently, Rami Malec, Sally Field, and Graham Norton are eager to see the film, too.

On his show, Norton touched on the subject and remarked that the moment is getting “a lot of attention.”

“Well, yeah,” blurted Field, who was sitting with Pine and Malec on Norton’s sofa.

Malec, who’s Freddie Mercury transformation has been a hot topic as well, asked for clarification: “Is the full monty the front or the back?” he asked.

“Different strokes for different folks, as it were,” continued Pine.

Watch the full interview below and remember to stream Outlaw King on Netflix on November 9.

Why his penis needs a cultural movement!!!

Posted by The Graham Norton Show on Friday, October 19, 2018