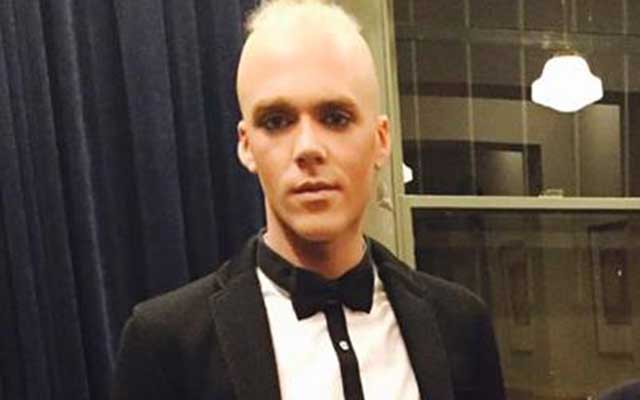 Angus McCormack is going viral on Facebook after being told to leave an event honoring the 133rd birthday of Girton Grammar School, in which he is an alumni and former class president. Read along, and see why he got people in a tizzy.

McCormack’s dad is a board member at Girton and was set to perform that night. The board sent his father an email after learning  that Angus planned to attend, which “respectfully” asked Angus to “wear appropriate attire” and to “tone it down.”

“Now, those who know me are fully aware that I am openly gay and very confident in my often ‘bold’ choices of fashion. (I was originally considering rocking a dress and some killer heels!),” Angus wrote on Facebook. “[I] decided to wear minimal makeup, a single small earring, neat black leather pants, a white shirt with a black bow tie and black designer jacket.”

As he walked into the event, excited to see his father perform, the deputy headmaster approached and immediately asked him to leave, saying he was inappropriately dressed. He did, but not before his father got word of what happened.

“I decided to graciously turn away and walk out,” McCormack explained. “Although my father as a board member had duties to perform at the service, he was so disgraced by my refusal of entry that he departed with me to support me in my rejection.”

His father has since resigned as a member of the board. In a statement, he wrote that he could no longer support a school that did not believe in individual expression and diversity:

“I have a strong relationship with both my children,” he states, “and I want to provide them with the best possible education for life … not just their academic education, but also their understanding, acceptance, and appreciation of others expression and individuality. We have tried to teach them respect and integrity in how they conduct themselves in public, but that does not mean stifling their individuality or compromising who they are.”

Girton Grammar School responded to News Corp, suggesting these accusations are false: “These are our standards, and I am not going to apologize for that,” headmaster Matthew Maruff said. “It’s not about self-expression — he got it wrong on the night.”

“I am not only seeking fair treatment for myself, but I also want to fight for all those people out there who don’t have a voice, who don’t know who they are and who can’t openly express themselves,” Angus writes. “It’s 2016! This kind of discrimination against any person regardless of their gender, race, sexual orientation or beliefs is just utterly appalling.”

For those of you who want to write a personal email to the headmaster, it’s [email protected].