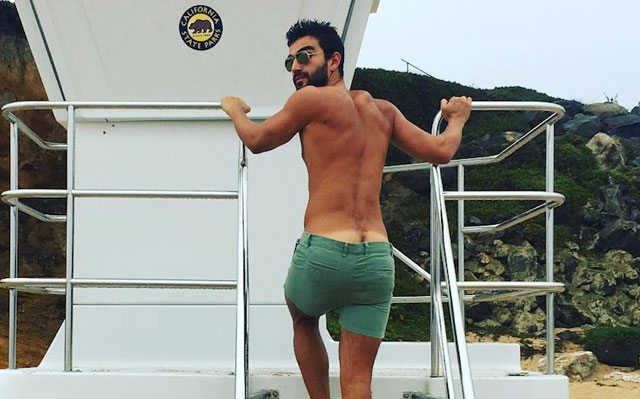 At just 26-year old, Olympic swimmer Amini Fonua is in Rio competing for the second time. But, this time, he’s utilizing the games to support queer visibility. While practicing the 100-yard breaststroke for Tonga, Fonua wore a swimsuit that the Los Angeles LGBT Center gave him three years ago.

“I have worn that suit to every single practice leading up to Rio,” he said to Vanguard Now, “because there’s not a lot of diversity in swimming. It’s a gentle reminder to everybody and myself that I’m different, and to take pride in that difference.”

Four years ago, Fonua was one of the few openly gay Olympians at the London Games. This year, he’s also only one of 11 openly gay male athletes competing in Rio.

Related: Tom Daley Talks Coming Out and Having Sex at the Olympics

On the back of his swimsuit, the words “L.A. Gay & Lesbian Center” are bright and bold. “Having the words ‘gay’ and ‘lesbian’ over my butt is my way of announcing my queerness for the swimming world to see.” The Center gave Fonua his fancy suit after raising tens of thousands of dollars for a fundraiser.